The Awards, run by the National Churches Trust and the Ecclesiastical Architects and Surveyors Association (EASA) were held at the church of St Mary Magdalene in Paddington, London on Thursday, 4 November 2021.

A major project to re-order and add new features to St Thomas, the parish church of Salisbury, by St Ann's Gate Architects won the 2021 Presidents' Award. 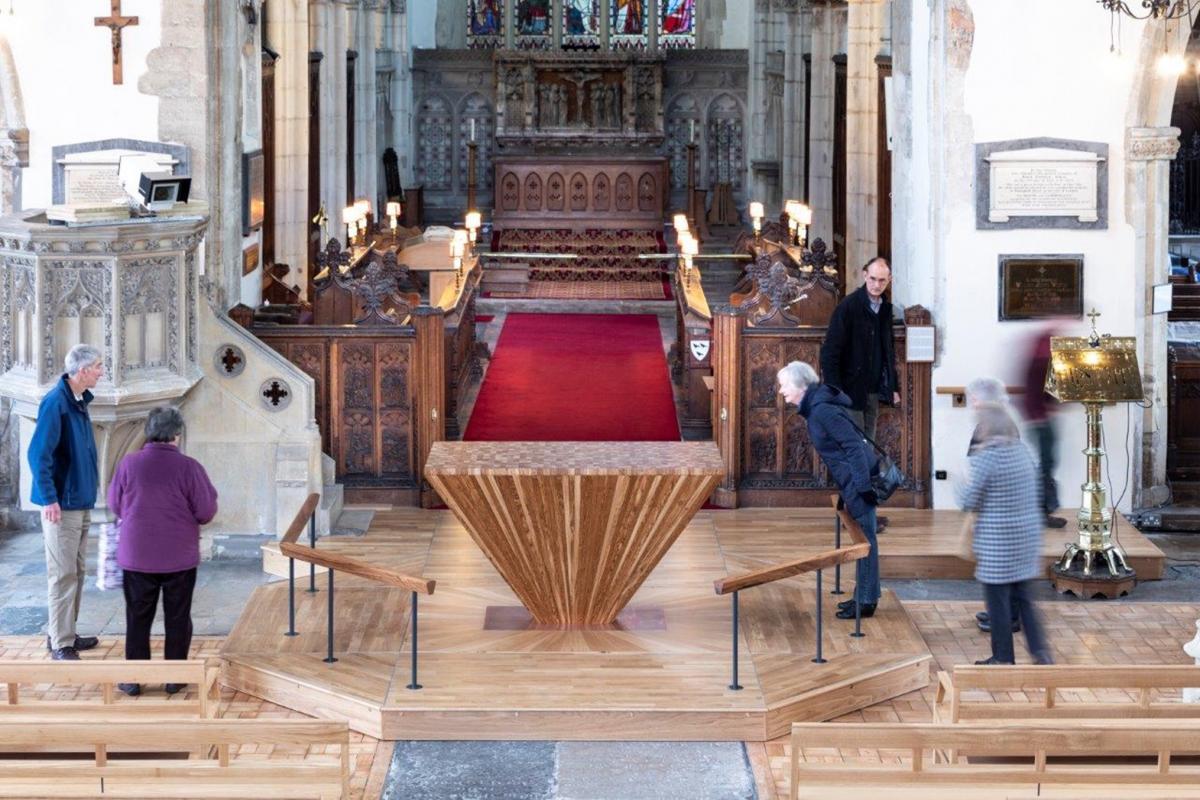 The project involved the conservation of the fabric of the building and the re-ordering of the nave and side aisles. This included carefully conserving the medieval Doom painting, located above the chancel arch. This provides a dramatic backdrop for the main worship space, which itself has been re-ordered with a new nave sanctuary, and new seating in the nave and aisles. The entrance to the building via the west doors has been enhanced with the construction of a fully glazed entrance lobby, providing a light and airy welcome space. The new nave sanctuary features an altar of highly contemporary design – a beautifully crafted yet simple shape – as a foil to the Perpendicular medieval space.

The 15th century Grade I building, set back from the city streets has a lovely timber roof with demi figures of angels. The most notable feature is the 'doom' painting over the chancel arch showing the Last Judgement.

HRH, The Duke of Gloucester KG GCVO ARIBA, Vice Patron of the National Churches Trust, presented the Presidents' Award to the winners, a chalice and paten commissioned by the Incorporated Church Building Society and made after World War II, together with a £500 cheque.

A new church in Monifieth, Scotland, by Lee Boyd Ltd was Highly Commended. Monifieth Parish Church is a union of three congregations whose existing churches were deemed unfit to serve the changing demands of the united congregation and society in general. To realise a new home, a bold modern church on the high street, at the heart of the local community, has been created. 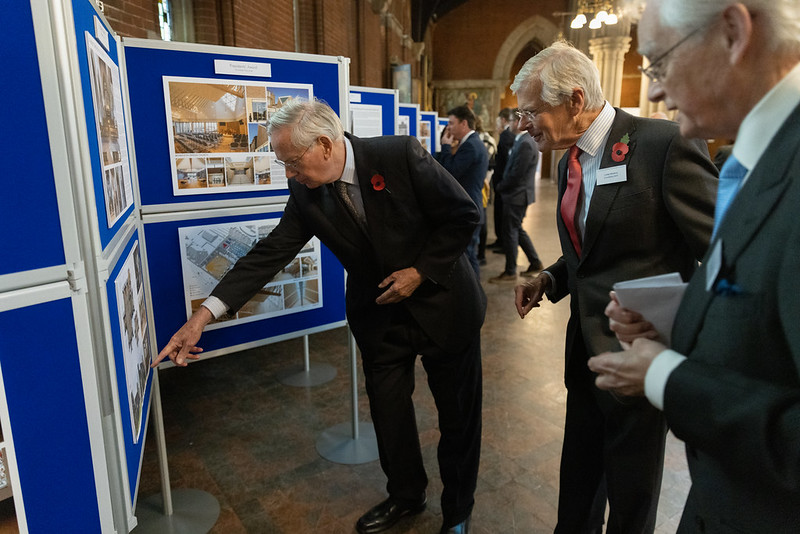 Also Highly Commended was a project to re-order St Andrew, Donhead, near Salisbury by Procter Watts Cole and Rutter Architects. This project has provided a new extension and is designed to make St Andrew's church a major centre of village life for all villagers, as a place of worship and the place where the community can gather for a wide variety of village activities in a building which is inspiring, welcoming, accessible and well-resourced.

The King of Prussia Gold Medal for repair and conservation architecture was awarded to A J Bunning architects for their work on St Peter's church, Knowstone, Devon. The project centred around the discovery and then the restoration of wall paintings during routine repairs to an area of plasterwork. 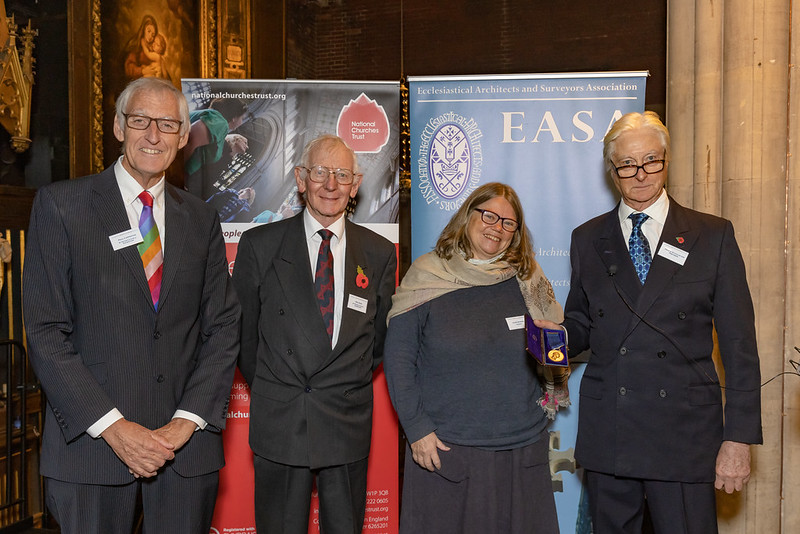 As the examination and research progressed, it became apparent that the dating of the successive layers of the wall painting schemes was tied intrinsically with the history of the rood screen: from its initial construction, to the subsequent removal of the rood loft, and then the final removal of the screen. Throughout the project it had been explained to the PCC that they would not end up with a beautifully complete wall painting, as might be found in other churches. The complexity of the different layers and schemes all played their part in the history of the wall and all had equal merit.

A Grade II* church, the south doorway of the church is thought to be Norman but the fabric of the main church is mainly 15th century and the north aisle 16th century.

Prince Nicholas von Preussen, Patron of EASA and Vice President of the National Churches Trust presented the King of Prussia Gold Medal for repair and conservation architecture together with a £500 cheque to the winners.

A project to restore St Leonard's church in Shoreditch, London, including repairing the church's famous clocks, carried out by Roger Mears Architects, was Highly Commended.

Young Architect of the Year

The award for Young Church Architect of the Year went to Fergus Connolly and Charles Wellinhgham for their work on Holy Trinity, Colden Common. The newly reordered west end of the church now responds to a range of occasions: this can be a place for baptism, creche groups, and bereaving family members all in a single day. New large scale cabinetry variously serves as quiet background, active frontage and finely crafted object 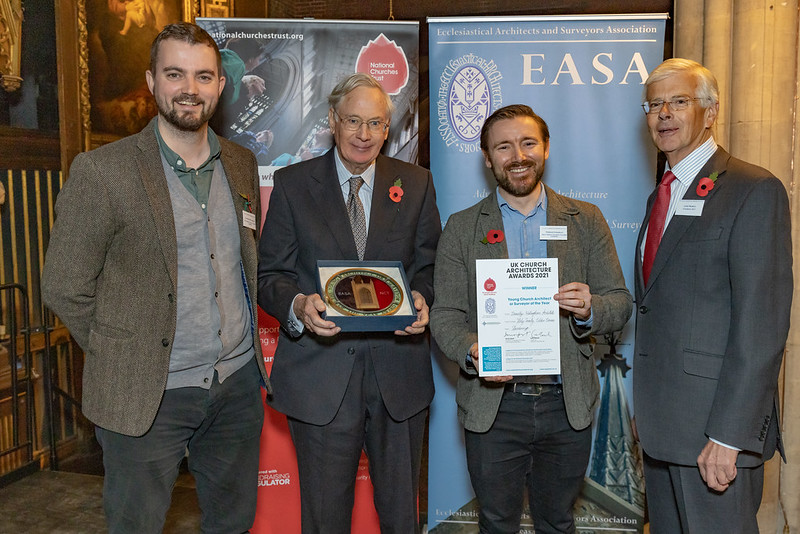 They received a prize of £250, supported by Ecclesiastical Insurance, and a stained glass trophy designed by artist Keith Barley.