APi Communications was set up by its managing director, Andy Pidsley in 2003. He came from a sound and projector background in the west country and has built his own business from scratch. He now has eight members of staff.

Andy is also involved in his local church and understands the shortcomings and sound oddities of church buildings. APi design each church's new sound, projection and camera system in-house to ensure the best fit for the building.

Modern acoustics mean that it is possible to use an iPad for just one person to control the sound, wherever they are in the building. It is also possible to reinforce a voice, perhaps the vicar's, if they are in a side chapel or far from the congregation.

Architecture can mean some churches find it hard to get sound around to everybody. A typical difficulty is a barrel-shaped roof such as at the American International Church, London. This church presents a difficult acoustic with unwanted reflections, depending on the location of the speaker and listener.

APi’s solution was to use directional ‘line array’ loudspeaker units, which focus the sound on the congregation, keeping it away from the ceiling. These units have a wide horizontal dispersion but a narrow vertical one so that a band of sound is created at head height, avoiding surfaces that will reflect the sound and make it less clear.

Easy to use and unobtrusive

All Saints Church in Clifton, Bristol, has recently had a new APi acoustic system installed. This was a challenge because it is a modern church - all glass and concrete. APi concentrated on the clarity of speech with careful mixing of sound. They designed a system to direct the reproduced speech and recorded music directly into the seating areas and keep it away from reflective surfaces.

Careful equalisation of frequencies minimises resonances in the room. When the system is used for performances, contributors can connect to a digital ‘stagebox’ on the dais and a separate app on the iPad gives All Saints all the functions of a professional mixing desk.

The result is an easy-to-use system designed for both speech intelligibility and live music that manages the reverberance of the church and, importantly, is aesthetically unobtrusive. 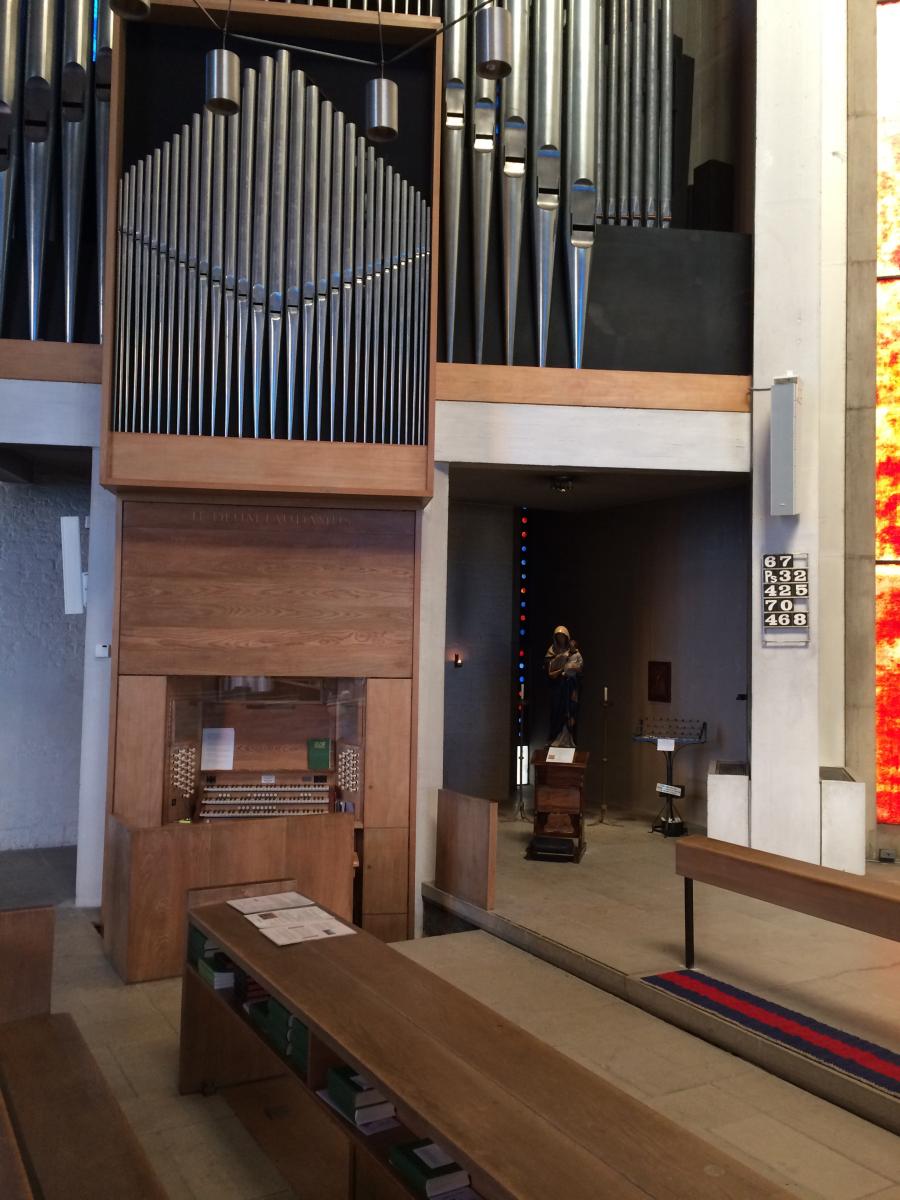 “When you are fine-tuning sound, the skill is to install high tech equipment unobtrusively and a system which the vicar and congregation is happy with"

"Sound systems, projection, large screens for words, music and film have all changed greatly in the 10-15 years."

APi’s work includes St Peter's Church in North Tawton, west Devon, where the company recently fitted a new screen on a retractable arm. This means that the screen can be quickly put out of sight when not in use. These flexible screens are becoming popular in many parishes.

APi also fitted a screen at the famous Wesley Chapel in the City of London, and a camera and recording system to enable streaming of services, as well as upgrading the sound system.

At Holy Trinity Church, Frome, Somerset, the projection screen could not be mounted directly onto the wall due to the historic fabric of the building. APi came up with an innovative cable suspension system where the screen appears to float in front of the wall.

At St Mary Magdalene Church in Chulmleigh, Devon, engineers had to create a new type of screen mount for a projection system. The church has an ancient rood screen and the projection screen had to be placed over the front edge of the wooden fretwork. The screen mount lifts the screen out over the top of the fretwork for use, then returns it to rest on top of the main structure, completely out of sight.

APi Communications is very much a bespoke business. A lot of thought and preparation is necessary to make an installation is suitable for its church.

The main concern is not loudness, but clarity  of sound, so that voices can be heard over other sounds going on in the church. Clarity is key, especially as some of those attending church may be hard of hearing.

Handling music can also be difficult. The system needs to manage a concert, acoustic guitars, music for a funeral, one voice or many voices.

With all of these considerations, APi creates audio visual systems that fit each church's needs.