Open to visitors every day of the year during daylight hours.

St Andrew’s set in meadow land on the edge of Thursford and dates back to the 13th century. It was extensively restored in the 19th century, producing a sympathetic merger of medieval and Victorian Gothic architecture, which distinctively sit side by side in the building today.

The result is a building which provides an impressive setting for four notable works of stained glass. The east window above the alter, dominates the interior of the church. It was designed by Albert Moore and is widely acknowledged as an outstanding piece of work. Nikolaus Pevsner describes it as ‘one of the most beautiful of its time in England, or indeed Europe’. The work represents Moores’s only surviving intact complete window. Moore’s work is joined by two windows designed by Harry Wooldridge. Both windows are vibrant in colour and in their expressive portrayal of four saints features dressed in flowing robes.

The stained glass window currently in the vestry, depicts a royal coat of arms. It is dedicated to Elizabeth I and dated 1579. 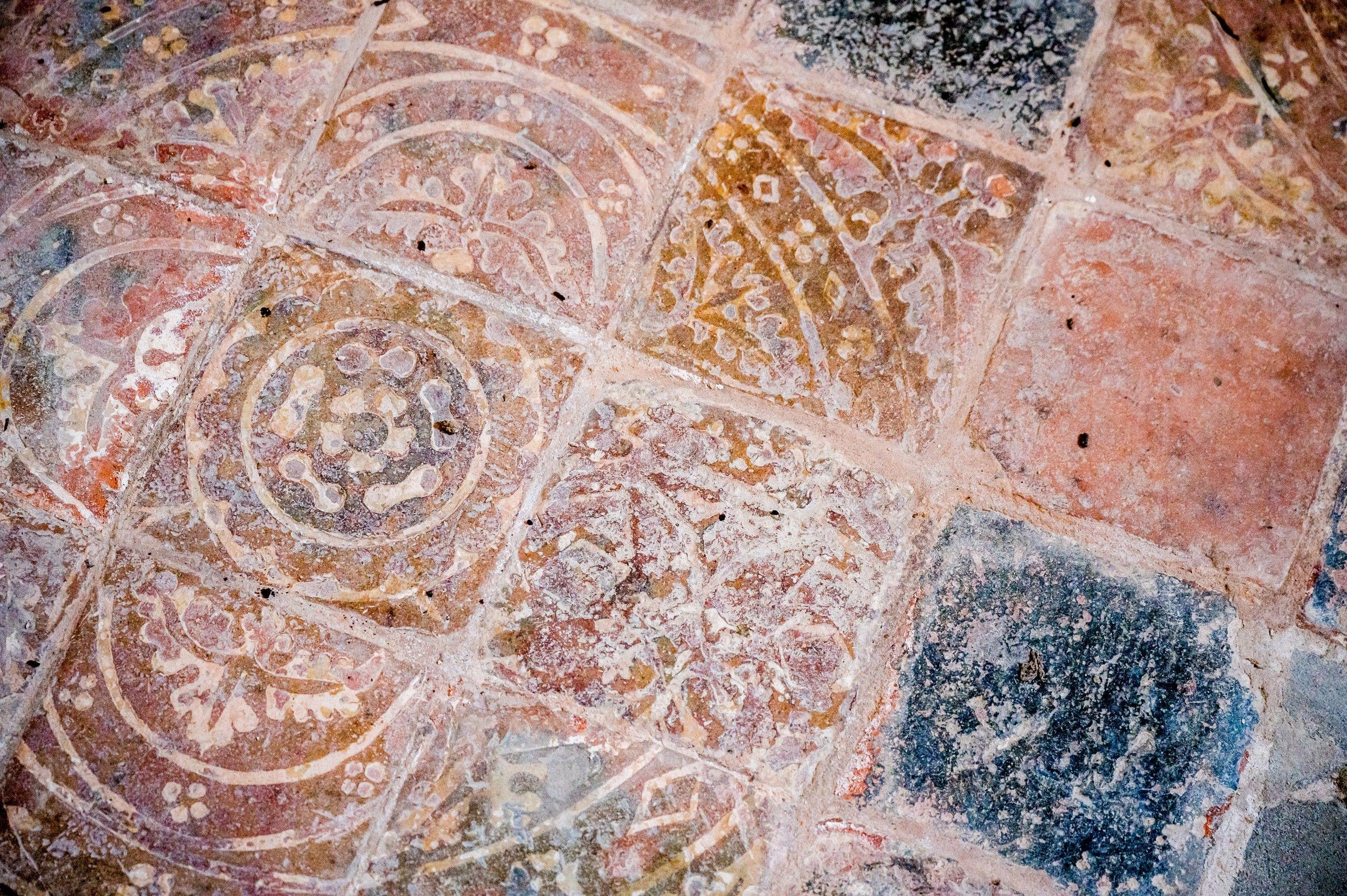 Ancient and quietly awe inspiring in its simplicity; the remote location, the silence inside, the slight smell of damp and the obvious centuries of use speak of a village that has retained its identity for many generations.

Although Great Snoring is actually smaller than Little Snoring, its church is bigger and less rustic, reminding us quietly that it was once grander.