Also known as Mass Dials, these were a very early and primitive form of sun dial.

They were used by priests to advertise the time of the next service.

Usually in the form of a semi circle about ten inches across, they were scratched into the south wall of the church.

A hole was bored at the centre and a number of lines scratched from the hole to the arc.

The priest would place a short stick in the hole and when the sun shone the shadow of the stick on to one of the lines, the next service would start. 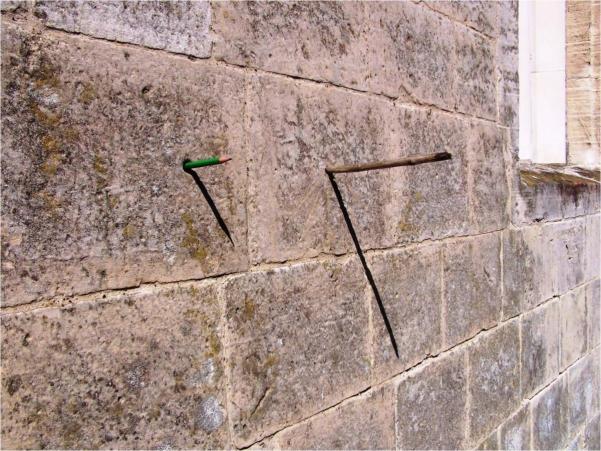