Lych is derived from the Old English 'lich', meaning corpse. They were meeting places and shelters for the party bringing a corpse for burial, and for the priest to receive the corpse.

Although some had been built earlier, the 1549 Prayer Book required the priest to meet the corpse at the churchyard entrance.  This encouraged the provision of lych-gates to shelter the corpse and the funeral party for that purpose.

Medieval lych-gates were made of timber and most have long since disappeared.

However, many new lych-gates were erected in Victorian times, sometimes as memorials to prominent local people or as war memorials. 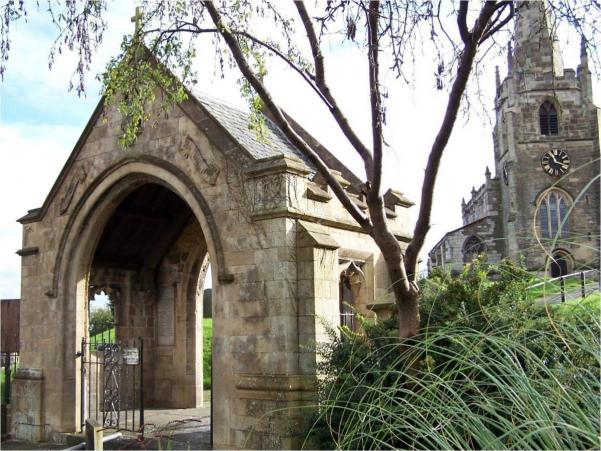