A gargoyle is a projecting waterspout, usually incorporating a lead pipe.

They were often carved in the shape of grotesque faces, beasts or figures.

Gargoyles appear to have been first introduced around 1200.

Celtic warriors were known to chop off the heads of defeated enemies and display them in public. 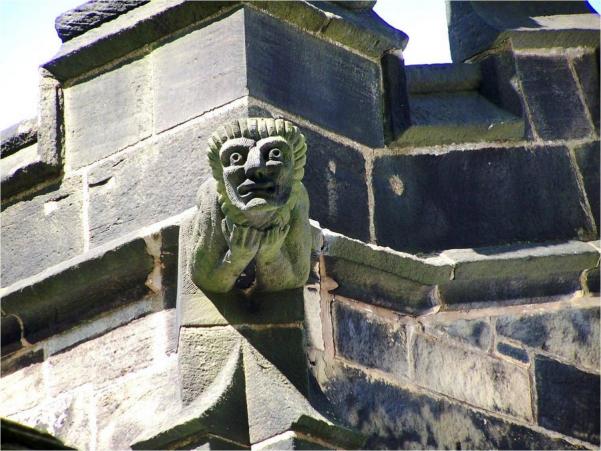