In medieval churches, the rood screen was a decorative stone or wooden screen which separated the nave from the chancel, and had a central gate.

Most were pierced with a lattice work of carved wood and richly decorated.

Other screens were used to separate chapels from the chancel or aisles.

A rood is a carved image of Christ on the cross, made of wood or stone.

The medieval 'great rood'  was a carved and painted crucifix, erected on a pedestal above the rood screen.

It had the figures of the Blessed Virgin Mary and St John the Evangelist on either side of Jesus on the cross.

Many medieval churches had a rood loft, or singing gallery, on top of the rood screen.

It was often supported by a coving.

In most cases the only evidence left that these existed are the blocked up doorways that led to them. 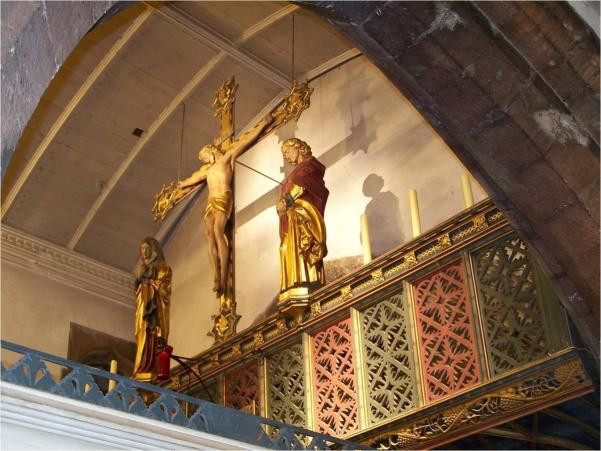