The oldest mention of a pulpit in England dates from the 12th century.

The oldest example still in existence is believed to date from about 1330.

In the 15th century, only a fifth of churches had a pulpit, but in 1603 they were made compulsory. 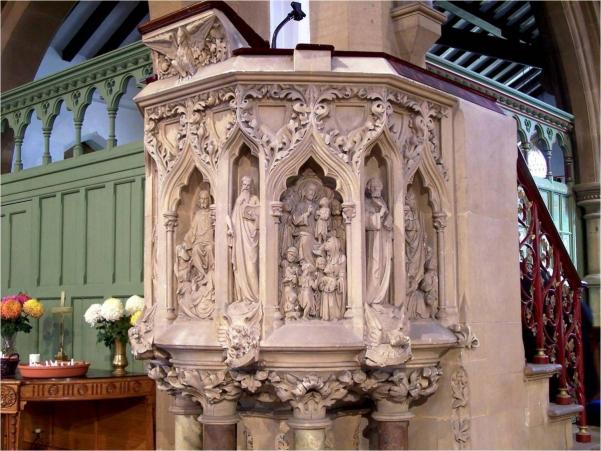