Chancel derives from the Latin 'cancelli', meaning grating or lattice.

The term is used to describe a presbytery which is separated from the nave by a rood screen.

From 1215, it was considered necessary to enclose the chancel by a screen - 'to preserve the mystery of the Eucharist' and to separate the holy part of the church from the sometimes rowdy secular activities of the nave. 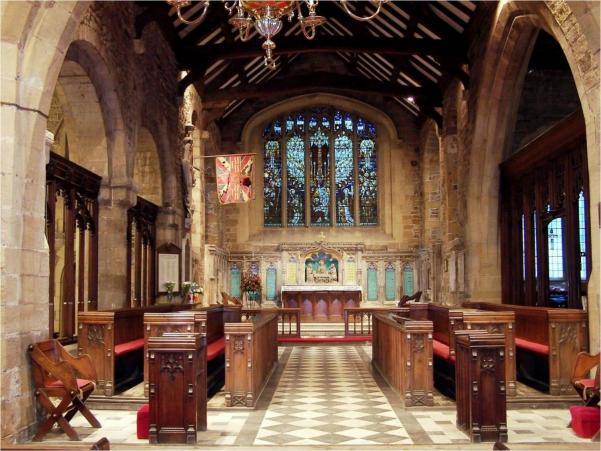