One of the fantastic things about burial sites is that they are found in all communities across Britain. They also reflect life in every century from prehistoric to modern.

Most churches are surrounded by land. For some, particularly ancient rural churches, it might be a beautiful and fascinating country churchyard. For others it might be a green lung in the heart of a city, a peace garden or a place to grow vegetables for the community.

Stepping into a churchyard can feel like stepping back in time: into a place of quiet reflection, an ancient habitat for rare plant and animal species and a space full of archaeological and historical significance. 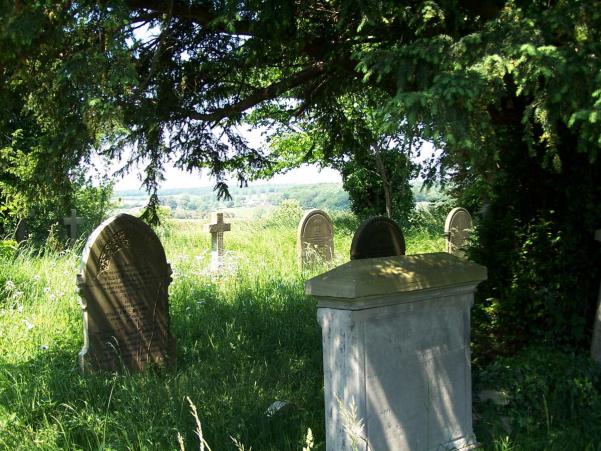 A churchyard is primarily a consecrated place set aside for burials. It can be older than the church itself, having been used as a burying place around a preaching cross before the church was built.

Graves in the churchyard should face east and traditionally, most burials took place on the south side of the church. Until the opening of the first public cemeteries in the 19th century, churchyards were the only place people could be buried. This means that they contain not only the very obvious gravestones, structures and earthworks but also significant information about funerary practices and even diet, disease and other aspects of human life.

Churchyards are rarely locked, meaning that they are treasure troves of local, regional and sometimes nationally important heritage which can be explored by anyone at any time.

A churchyard or burial site may be the oldest enclosed piece of land in a parish. Apart from grave digging, the grassland will have been relatively undisturbed for hundreds of years leading to a huge diversity of wildflowers and grasses, as well as the more recognised trees and border areas. Most churchyards have existed for hundreds of years with no herbicides, pesticides or damaging preservatives, which is one reason why they are so good for wildlife. Churchyard walls are havens for a number of uncommon species.

They are important natural sites, sanctuaries for plants and animals which may be very rare. For this reason they may have special protection such as being a Site of Special Scientific Interest (SSSi) or having Tree Preservation Orders.

Many urban churchyards have been returned to flat areas of grass, with gravestones used as pavers or around the edge of the building. This ‘green lung’ provides countless people with a space for relaxation during or after the working day as well as a much needed escape from an often grey urban landscape.