Paul Mollard, Cornwall   "Old churches, still the heart of communities in so many cases, need more help than local people alone can contribute."

Why should a Cornish Methodist – as I was brought up – be interested in Anglican churches?

That was the question that I had pondered for some while, eventually coming to the conclusion that it was not one particular fact, rather the combination of experiences that has ended up with my great interest in old churches and medieval buildings.

In 1958 my father passed on to me his second-hand camera, and one of the earliest photos that I took – black and white of course - was of St Peter’s church in Mithian, Cornwall. The visit may have been prompted by an old family photo, (pictured left), showing my grandfather helping to repair the church tower in 1922.

Sadly, the church, designed by William White in the Early English style, has been recently sold and has become a private home.

Over the years since then, amongst the photographs that I have taken were many of churches – I don’t really know why I took these – possibly because they were just ‘churches in the landscape’!

In early 2000, probably due to his connection with Cornwall, I found an interest in John Betjeman’s works. Not only for his quirky poetry, but also for his obvious interest in churches. I bought his ‘Collins Guide to English Parish Churches’ in which he wrote: “No county really comes up to Somerset for medieval churches.”

Over the following years I visited all of Somerset’s churches. Each time that I thought that I had found my favourite one it soon became replaced by another! I have since decided not to have a favourite church – just many favourites!

Possibly because of my early connections with a little lime-washed and simple Cornish chapel, I have more of a feel for humble and unadorned country churches than for larger, more embellished ones. There are many such churches that have had a helping hand from the National Churches Trust.

One church that I particularly like is the little church of Patricio in Partrishow, Powys. It is a church well worth re-visiting and the last time I was there it welcomed me with a display of golden daffodils covering its hillside site. 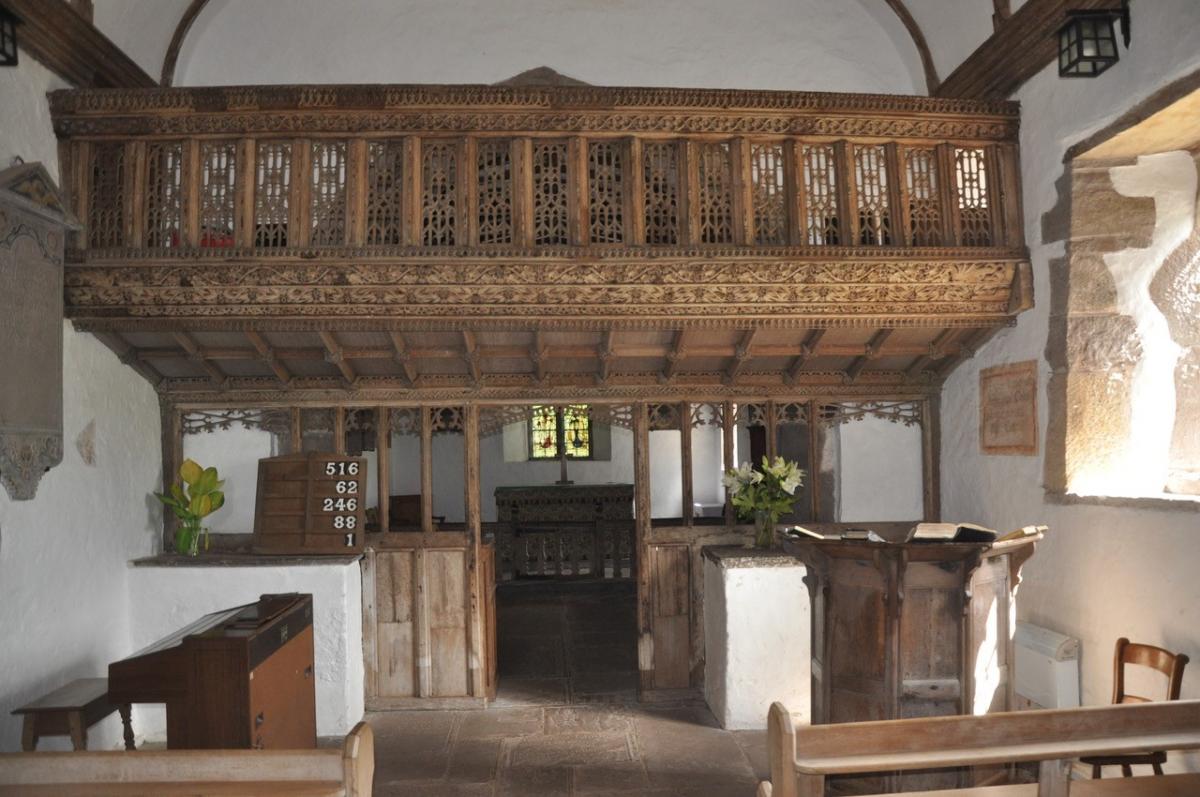 The 15th Century intricately carved rood screen, (pictured left) virtually untouched and retaining some of its original colouring is wonderful – a treasure at the bend of the rainbow of circuitous lanes leading here.

Architecture, history and so much more

Since becoming interested in churches – their settings, architecture, history and so much more – I have also learnt an enormous amount about the history of this country.

This interest has led me down many less travelled roads, and I have come across quaint villages and discovered old pubs that I would never have come across had it not been for the local church.

I realise that old churches, still the heart of communities in so many cases, need more help than local people alone can contribute.

That is why I have now left a legacy to the National Churches Trust; there is always a need for its funds to carry out the invaluable work of safeguarding church buildings for the future. I am more than happy to support its work in this way.