The National Churches Trust awarded St Nicholas a £5,000 Partnership Grant in November 2017 on the recommendation of the Dorset Historic Churches Trust, to help fund a project to repair the vestry and north chapel roofs, which are 130 years old, and repair rainwater goods. Following a successful fundraising campaign, work began on 3 April 2018 and is making steady progress.

An inspection in 2013 had found water ingress, and by January 2017 it was decided that repairs would be needed. Rainwater goods were too shallow, allowing water ingress, or coming loose around the perimeter. The replacement of the roof will stop rain penetrating the roof and ceiling. The historic organ has also been damaged by water, and it will be able to be used again fully.

A building has stood on this site for 700 years, initially being served by Benedictine monks from Sherborne Abbey until the first Rector was appointed in 1405. In the fifteenth century, the church was enlarged with a west tower and north chapel, and the nave was partly re-built and covered with a barrel roof, becoming more or less as it is today. The fifteenth century stone screen between nave and chancel is attractive, and there is an excellent example of a stairway and arch once used to access the rood loft.

The first meeting of the Roof Appeal Committee took place on 30 January 2017, with the aim to raise £85,000. It seemed like a daunting task but almost a year to the day on 27 January 2018 the final fund raising event took place and the total was achieved.

42% of the target has been raised by villagers from Nether and Over Compton, both by personal donations and at events. Events included an evening with BBC journalist Kate Adie, a community choir concert, a Bake Off, Open Gardens, a pop-up-bar, carols, a curry night – and duck racing!

As the Roof Appeal thermometer was filled, a rainbow seemed to touch the old leaking roof over the north aisle: seeming to say “let the celebrations begin!”

A Service of Celebration was held on Sunday 18 March 2018, thanking all event organisers and welcoming the whole community.  Personalised mugs capturing the rainbow were presented. 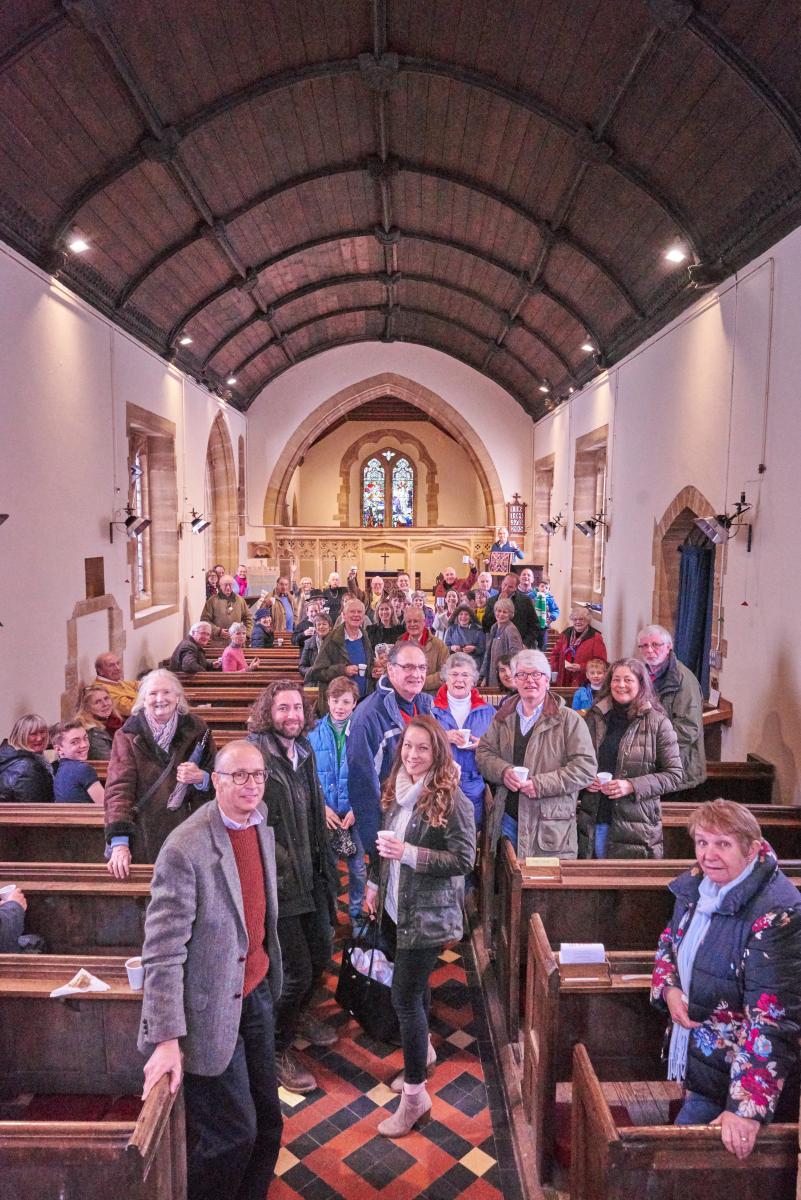 When the work is completed, the congregation’s anxiety will be relieved, enabling the regular use of the church to continue unimpeded by this major work.

The church willl work with local history societies to produce a comprehensive exhibition of the church through the ages, as well as the history of the local Goodden family, who renovated the church in 1885. They plan to involve the local school as well as producing a new church history booklet.

Help us to continue to support churches, chapels and meeting houses by donating or becoming a Friend of the National Churches Trust.