Colonel Michael Elcomb, aged 98, will be taking part in 'Ride+Stride for Churches'.

Colonel Michael Elcomb, aged 98, will be joining thousands of people raising money to safeguard England's historic churches when he takes part in  'Ride+Stride for Churches'  on Saturday 14 September.

‘Ride+Stride for Churches’ is a sponsored event in which people walk or cycle between churches. The money raised helps fund urgent repairs and the installation of modern facilities at historic churches, chapels and meeting houses. Last year the event raised over £1.3 million. 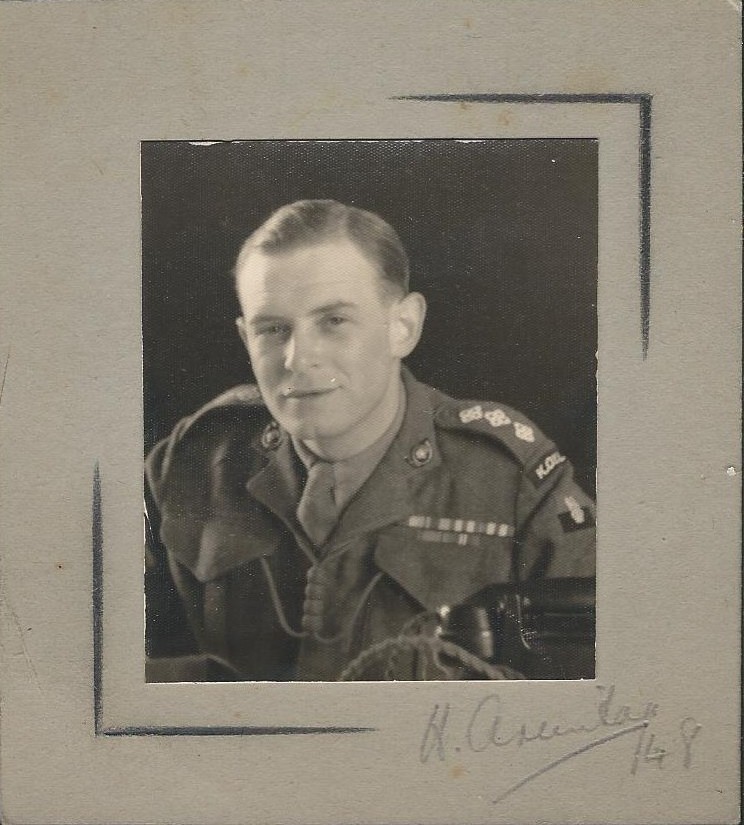 Colonel Michael Elcomb will be doing his bit by riding on his mobility scooter to raise funds for his local church of St Mary in Codford, near Warminster, Wiltshire. As an Officer in the King's Own Yorkshire Light Infantry, he saw action during the Second World War in Malta, Sicily and Germany and in North Africa, where he was wounded.

His single trip from his home to the church will be conducted in the customary, elegant style with left turns being indicated using his right arm and the traditional hand-rotating motion. He has already had over £1,000 pledged in sponsorship money.

“Churches are such important historic buildings and do so much to keep communities together.  That’s why we must keep them in good repair.  Good luck to the many people around the country who will be Riding and Striding and raising funds to keep England’s churches in shipshape condition."

St Mary's church in Codford  has survived for 750 years and now provides a comfortable and comforting place to worship regularly, and more occasionally in which to marry, to be baptised, to be buried and also to celebrate music, melody, verse, oratory and the provision of a forum for a multitude of other festivities and functions.

Adjacent to the church is an ANZAC (Australia and New Zealand Army Corps) graveyard in Church Lane.  It is the final resting place of 66 New Zealanders and 31 Australians from World War 1.

“Churches are so important spiritually and aesthetically, and they are the setting for some of the most important events in all of our lives – baptisms, weddings and funerals."

“They are also increasingly becoming a focus for the wider community, and ‘Ride + Stride for Churches’ helps them do this by keeping them in good repair and funding kitchens and heating that make them available to the public for events every day of the week, not just for Sunday services."

‘Ride+Stride for Churches’ started in Suffolk in 1981 as a sponsored bike ride but quickly became a national event. It is organised locally by county church trusts with national support provided by the National Churches Trust.