She will tell the story of this historic church building, which she finds intriguing as it is often marooned in traffic and she has never seen people go in or out of it. Joanna Lumley will also talk about some of her other favourite churches.

The event will also include a piano recital by Pavel Timofeyevsky.  Born in Russia, he has received numerous prizes and accolades, including the BBC/Guardian Young Composer of the Year award. Pavel has performed in many venues across the UK including the Queen Elizabeth Hall, the Royal Festival Hall, and St Martin-in-the-Fields Church, and to wide acclaim in Paris, Barcelona, Moscow, St. Petersburg, and New York.

‘Days Like These’ is supported by High Level Maintenance, specialist steeplejacks and rope access technicians who work on all types of ecclesiastical buildings and structures.

You can book tickets online or email us for further details at info@nationalchurchestrust.org

“In 2013, to celebrate our 60th anniversary, Joanna Lumley selected St Bride’s in Fleet Street as her favourite church. Now we are delighted that she will be talking exclusively to our Friends about St Mary le Strand, another magnificent church in central London.  St Mary le Strand is a place of beauty, a hub for the local community and a place of quiet contemplation - a wonderful example of how churches benefit us all.” 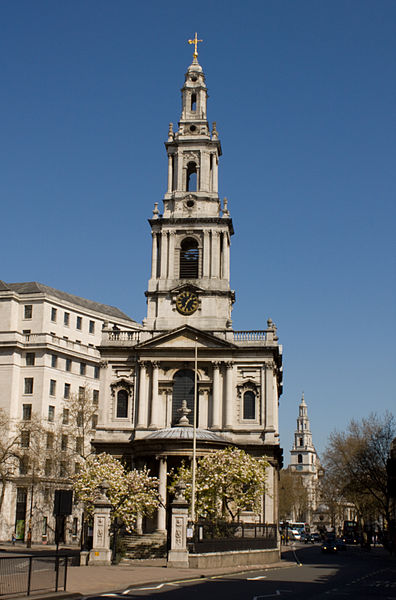 Built between 1715 and 1725 during the reign of Queen Anne, St Mary le Strand was designed by Scots-born architect James Gibbs. The church features extravagant Baroque ornamentation on the exterior. Inside, there are detailed carvings on the ceiling above the sanctuary, representing the worship of God in heaven (featuring a host of angel faces) and on earth (featuring grapes and ears of wheat, signifying the eucharist).

St Mary-le-Strand has been the official church of the Women's Royal Naval Service since 1982, and holds an annual carol service for the Wrens.

The church places great emphasis on community as their mission is to serve all who work and live in the vicinity of the Strand.