With the help of the National Churches Trust, St Michael and All Angels church in Meeth, Devon is in the final stages of completing a major tower repair project that has proved far more complicated than originally envisaged.

Over the last five years , the Grade II* listed church, which has Norman origins, has done a large amount of work to ensure that it is structurally sound and has the facilities needed to welcome the community.

Back in 2012, St Michael and All Angels completed an internal re-plastering project. However, the work uncovered a major problem – the tower was letting in water. Moisture was infiltrating the cement-based mortar and holes in the rubble-filler wall cavities.

The problems were so severe that if nothing had been done, the entire structure was at risk of collapse.

To help fund the repair work, In December 2014, St Michael and All Angels was awarded a £156,400 grant from the Heritage Lottery Fund. The money also funded toilets and a water supply for the vestry.

However, the church still needed more money to pay for the work. So in June 2015, National Churches Trust awarded St Michael’s a £10,000 Repair Grant. 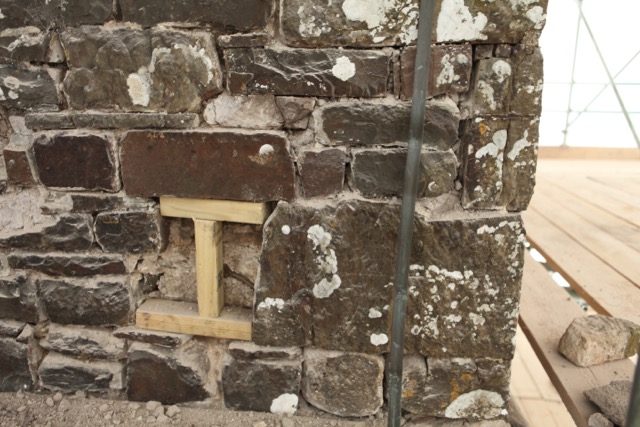 Work began in April 2016, but, to the shock of the church, more problems were discovered as the cement based mortar began to be removed. The facing stones on the tower were only half as thick as they should have been and had to be replaced, or pinned and strengthened, so that the tower remained stable. If left much longer, a frost would have loosened the stones, and many could have fallen down.

As if that wasn’t enough, work to install the toilets and water supply in the vestry revealed that there was a void underneath the thin concrete layer at the base of the floor. This meant that there was a damp layer and the timber block flooring was decaying, meaning that there was imminent risk of the concrete collapsing. Suddenly, the church found that the whole vestry floor needed to be re-laid with a breathable lime layer and tiles.

The National Churches Trust steps in

Faced with these unexpected repairs, St Michael and All Angels was facing a bill that was substantially in the red. Thankfully the National Churches Trust was able to award the church a further £10,000 grant in December 2016 allowing repair and modernisation work to continue.

Emerging from the scaffolding

Roll forward to March 2017. The tower is now safe, the water supply has been connected, and the scaffolding and protections have all been taken down. All that is now needed is grass seeding and a new path laid in the churchyard, and the finishing touches on the facilities in the vestry.

The work part funded by the National Churches Trust will certainly make a positive impact on Meeth. It ensures that the village has a vital, viable church for future generations of village residents, as it has for a thousand years. With a water supply, tea and coffee are now available to welcome visitors as well as the local community.

There is certainly a lot on offer. As well as worship, the church puts on concerts, history and archaeology talks and also bell-ringing lessons!

The church’s four bells are certainly worth ringing; two are medieval, and two are rare examples of local Devon bellmaker Johannes Stadler’s 18th century work, all of which have been renovated as part of the repair project. Due to the logistics of the church site, the lady who lives in the house next to the church made sure that she was out when the bells were returned – they had to be lifted into the churchyard over her roof! 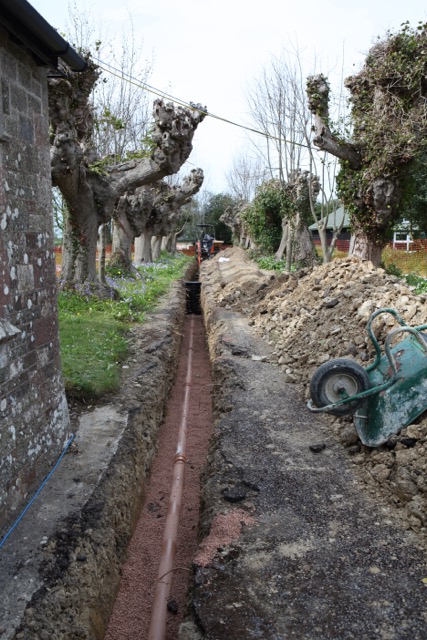 “Receiving the first grant from the National Churches Trust made a terrific difference. It gave us heart to continue making grant applications and fundraising, because it meant that the project became a real possibility for the near future.”

“Just as we were running out of options for raising the remainder of the money, we were given the chance of a second grant through the National Churches Trust. Thank you for all the support that you give to our churches.”

“It was a privilege seeing skilled workmen taking great care of the stonework, grouting, leadwork and joinery overseen by our architect Simon Cartlidge.”

“It has been a wonderful gift to the church and community to know that we don’t have to do extra fundraising over the next few years to pay off the additional money required for the project.”

“The National Churches Trust is proud to be have been able to help the historic church of St Michael and All Angels, not just once, but twice.”

“Helping churches stay open for worship and able to welcome more local people and visitors to a range of activities and events is at the heart of our work.  We’d love to support even more churches, so if you’d like to help us  with our work supporting the UK’s church buildings, why not become a Friend of the National Churches Trust today – full details at www.nationalchurchestrust.org/friends.“