Devon church with big plans for the future

The grant was awarded in partnership with the Devon Historic Churches Trust.

Now, five months on, all of the main guttering and downpipes have been renewed. The new rainwater goods are significantly larger than the ones they replaced, so should be able to cope with much more rain without damage to the fabric of the church. 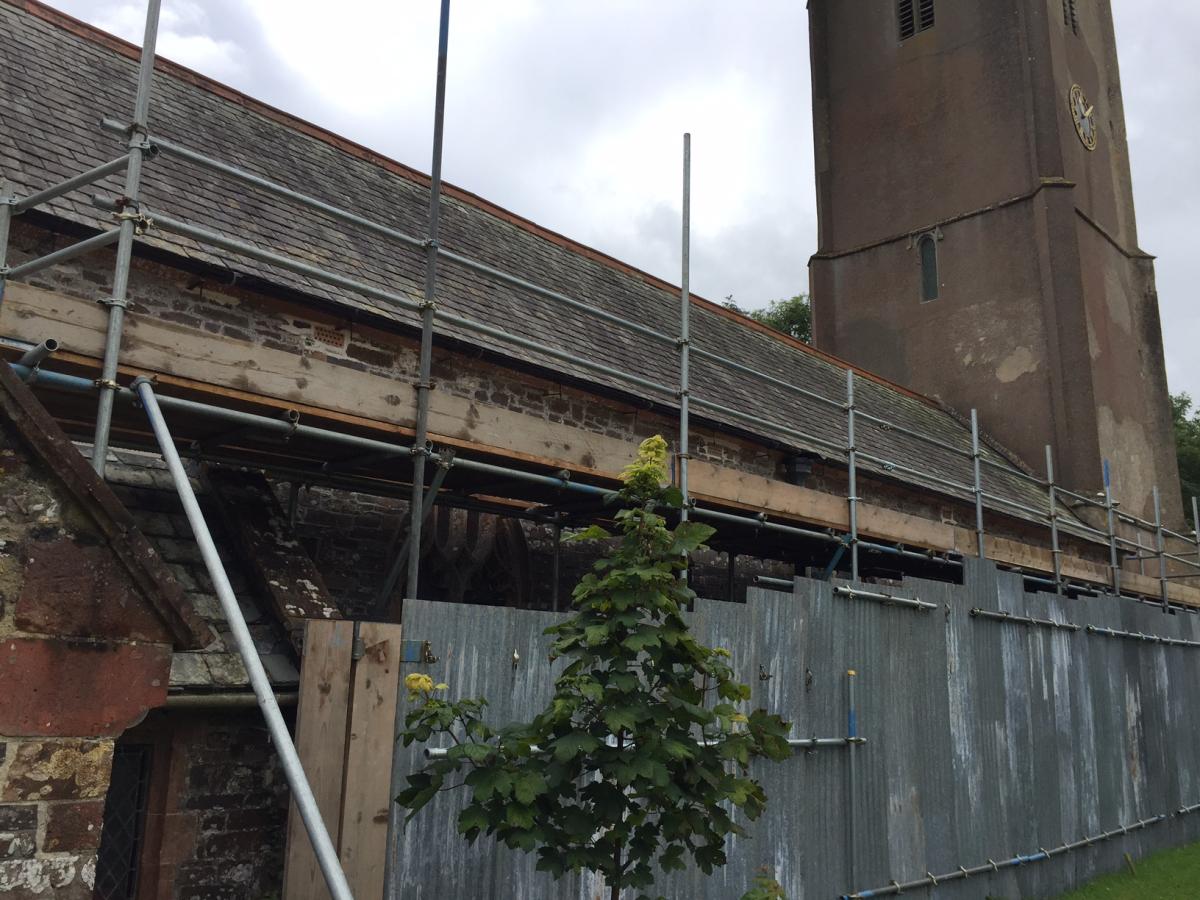 Small church with a long history

The current building is an early 15th century perpendicular church, which replaced the original Saxon church, with a buttressed tower. This was built to replace an earlier one destroyed by lightning in 1438.

Features include five granite pillars, made from stone brought over from Lundy island; mid 19th century stained glass windows; and the original medieval porch door with a barrel roof, carved bosses, and a sanctuary ring. The oldest feature is the font. Standing on a 15th century base, the bowl is Norman with unusual fluted corners – unique in Devon and possibly in Britain.

We rely on donations to support churches like St Giles. If you want to contribute to our work, you could donate or become a Friend.

The next stage of work to be done will be the complete replacement of the lead valley gutter – a big job as it involves a new ‘stepped’ valley with new leadwork, further roof timber and masonry work and then new downpipes and enlarged hoppers at each end.

The always-tricky subject of bats has been solved, and the church has been given the all clear to continue work. 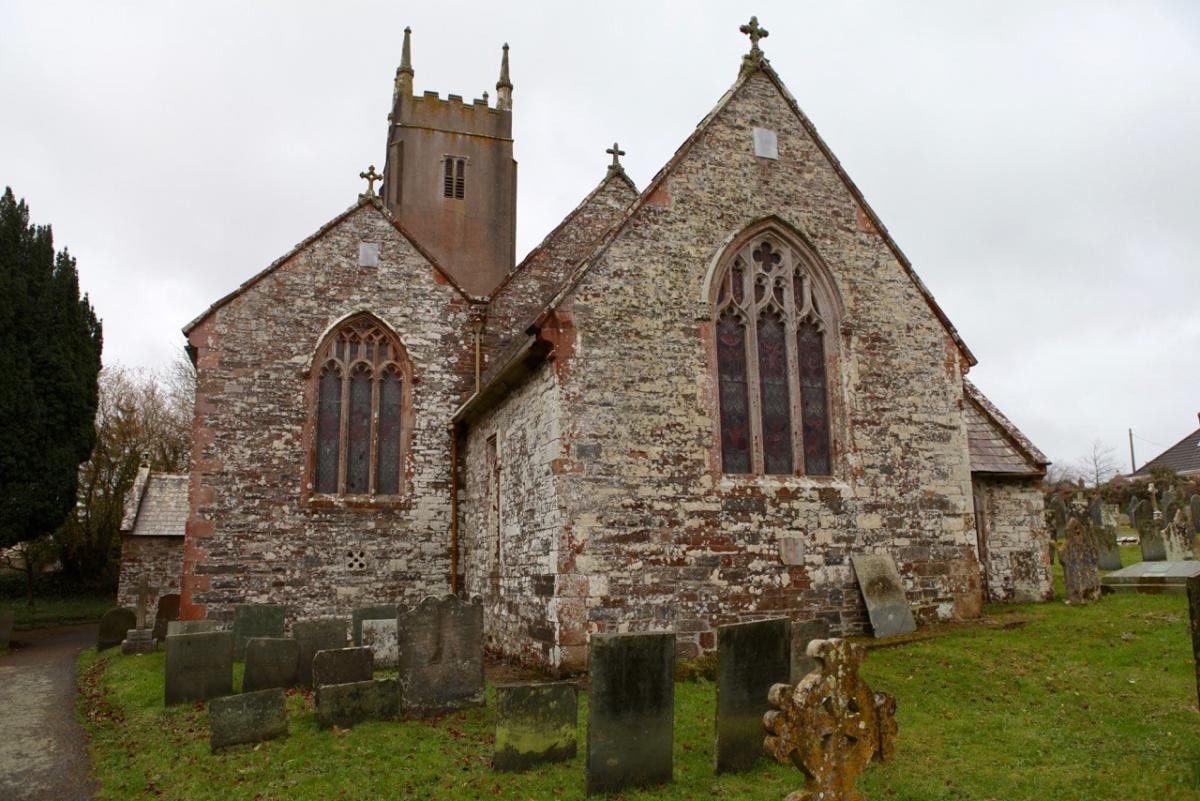 Future for the community

St Giles is open every day in daylight hours, and hopes to be able to more effectively serve its small village and farming community in the future. Plans for a small servery, installation of an accessible toilet and some minor re-ordering within the church are now being discussed.

They would like to create a more welcoming and usable space around the font. With a servery and toilet at the rear of the church, the organ might be relocated to screen this area off and create a separate ‘facilities’ space.

“Our thanks to Chris Copp and his team for the work, and to the National Churches Trust and Cooper Legacy for their grants which helped boost our own monies to fund this.”

“Thank you everyone for your support.”