Many of our supporters joined us at St James's Church in Piccadilly on Wednesday 18 December for our annual celebration of Christmas.

A good time was had by all and was rounded off with prosecco and mince pies. Our star studded line up included Bill Bryson, Huw Edwards, Michael Palin and Dame Penelope Wilton.

Our celebrity guests were accompanied by music from Joe Stilgoe, a quartet from the English National Opera, and the Parkgate House School choir.

This event will raise funds for our charitable work supporting churches and chapels throughout the UK.

This event was generously been sponsored by CCLA.

Thanks must also go to Distributed Sound & Video Ltd and Buzzacotts

A walking tour of significant sites linked to the life and legend of Richard “Dick” Whittington and his celebrated cat on Monday 15 July 2019 led by Wing Commander Mike Dudgeon OBE DL. 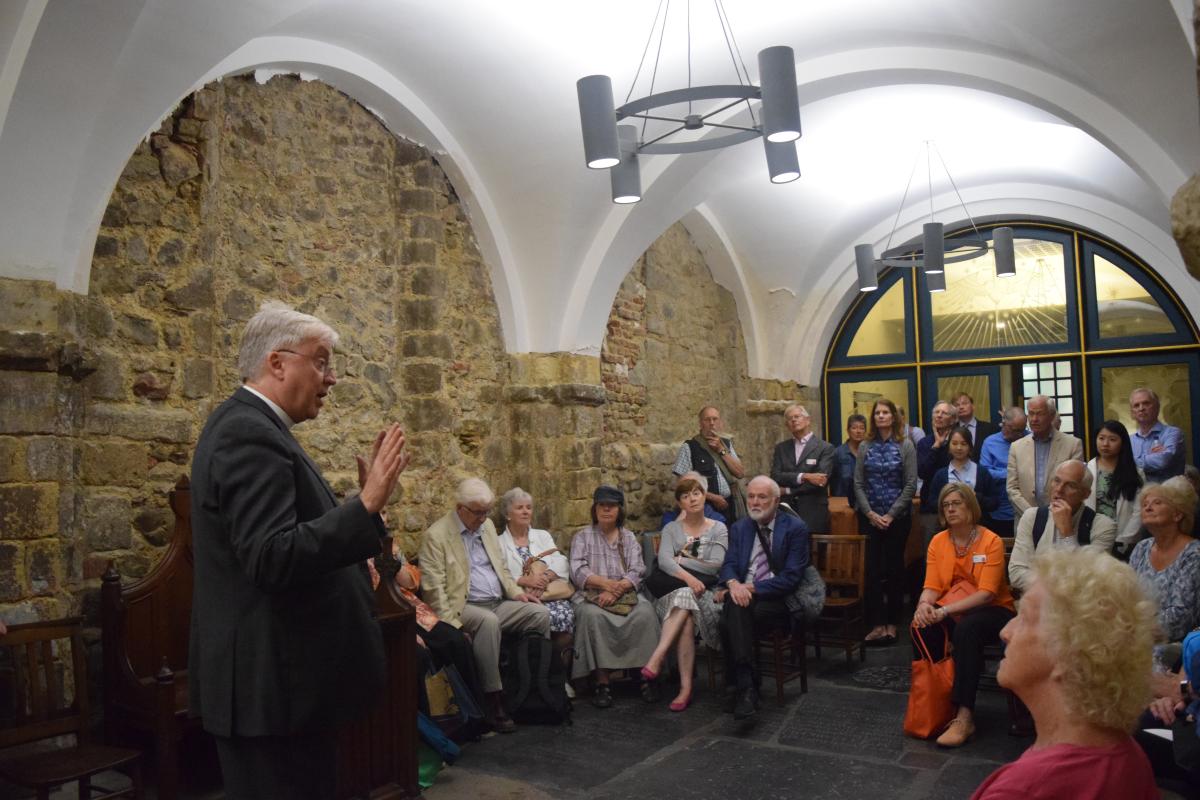 Included was St Michael Paternoster Royal, a church with many links to Dick Whittington and was his final resting place. We also visited St Mary-le-Bow, the church of the iconic Bow Bells, as well as St Lawrence Jewry and St Mary Aldermary, before a guided visit of Mercers’ Hall and its private chapel.

On Thursday 31 May 2018, 34 of our Friends and supporters joined us for a tour of Westminster Cathedral and Archbishop's House. 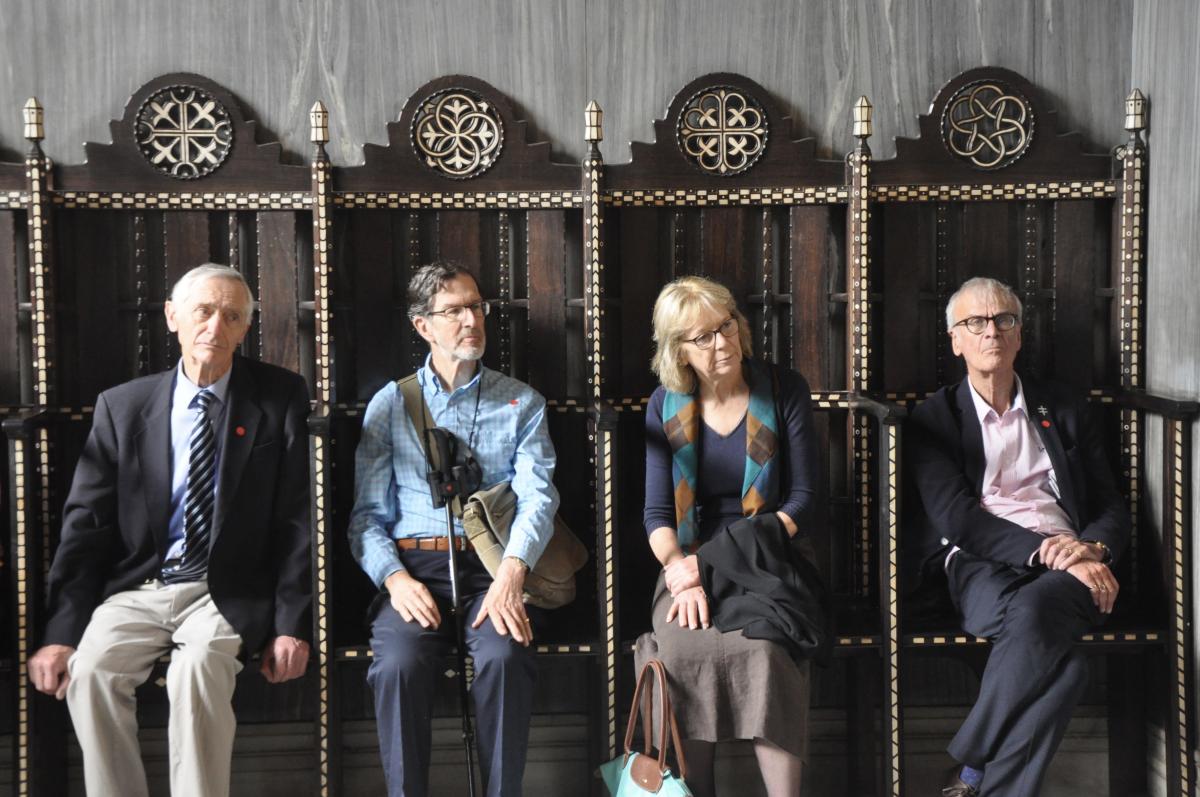 Led by Dr Rory O'Donnell, a Vice-President and a longstanding member of both the National Churches Trust and the Cathedral Art and Architecture Committee, our group received expert insight to the design, plan and the ongoing mosaic decoration of the Cathedral. As an addition, our group was privileged to be invited for a guided visit to Archbishop’s House, noted for its magnificent Throne Room. 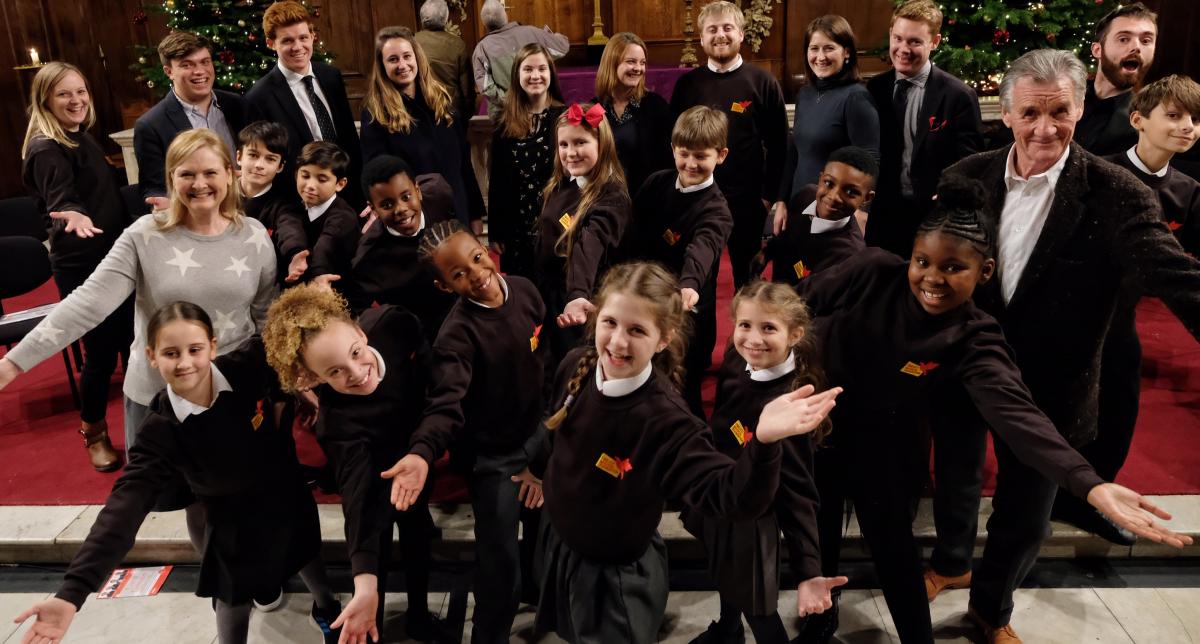 A wonderful evening was had by all at our Carol concert at St James'. Hosted by Revd Lucy Winkett, our guests enjoyed readings by Sir Michael Palin and Martha Kearney, with musical performances by flautist Ianina Pietrantonio and Pimlico Musical Foundation choir. A joyous way to end the year!

2018 Churches of the South Downs tour

On 11 September 2018, supporters joined us for a tour of some of the beautiful churches of the South Downs. 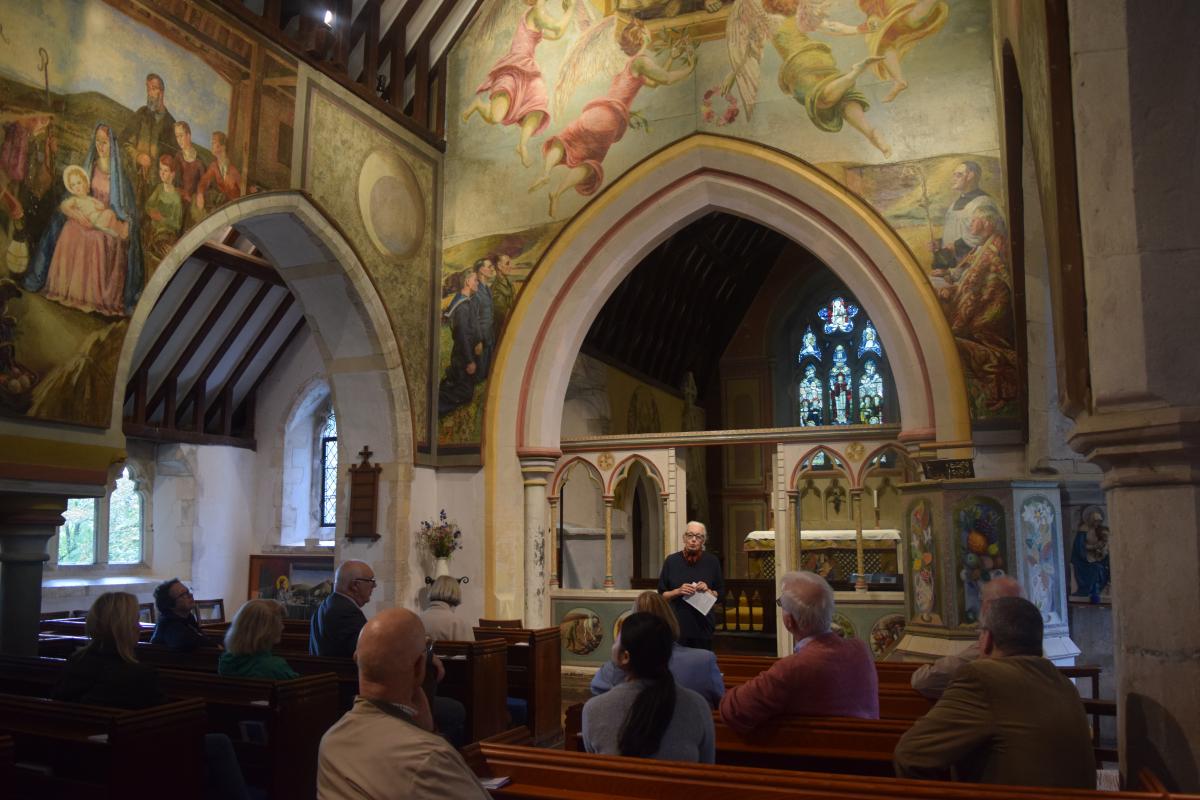 Included were St Andrew's Church, Alfriston known as the 'Cathedral of the Downs'; the 20th century Bloomsbury murals at St Michael and All Angels in Berwick; and St Andrew, Jevington with features dating from over 1000 years.

On 8 August 2018, we toured of some of Liverpool's most fascinating churches, led by Dr Matthew Byrne 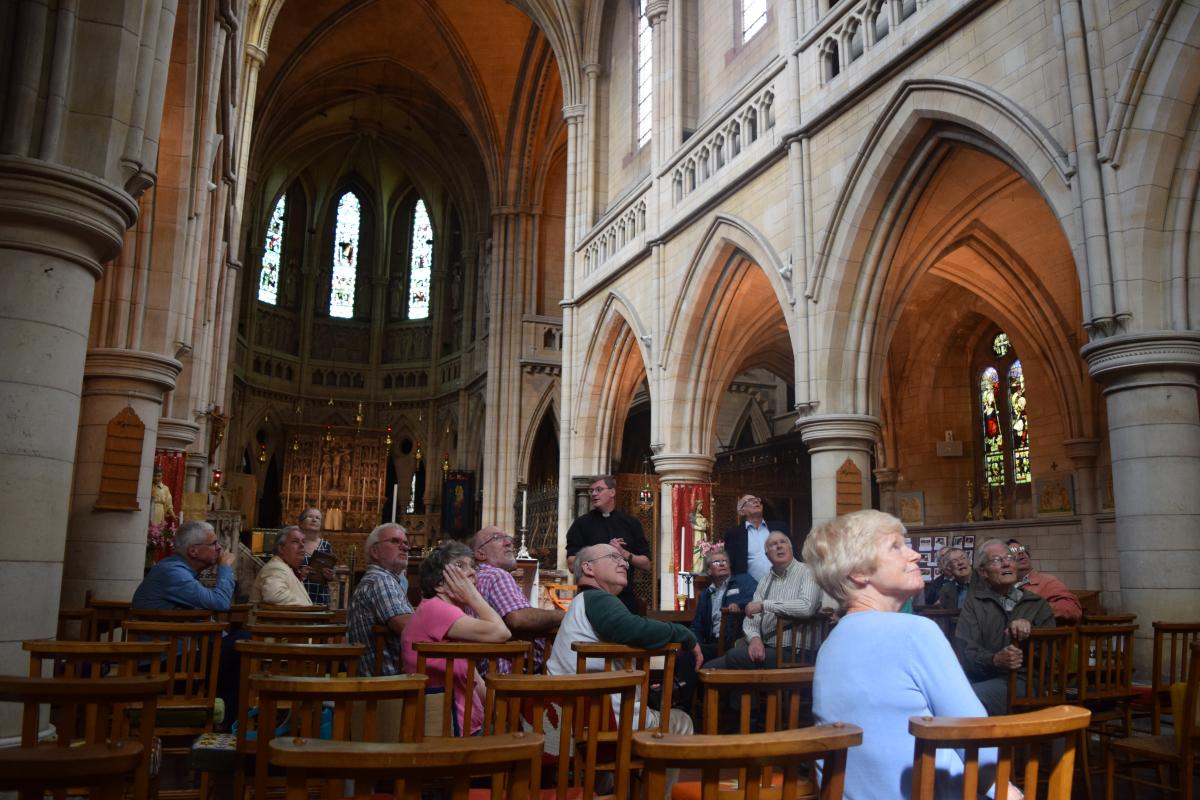 We first visited St George's in Everton, the first of three churches erected by John Cragg, famed for its cast iron interior.

Next we headed to the Church of St Agnes and St Pancras in Toxteth Park, described by Pevsner as “by far the most beautiful Victorian church of Liverpool”

Final visit of the day was to the Ancient Chapel of Toxteth. The 17th century Puritan church with connections to the Salem Witch trials. An enjoyable day had by all! 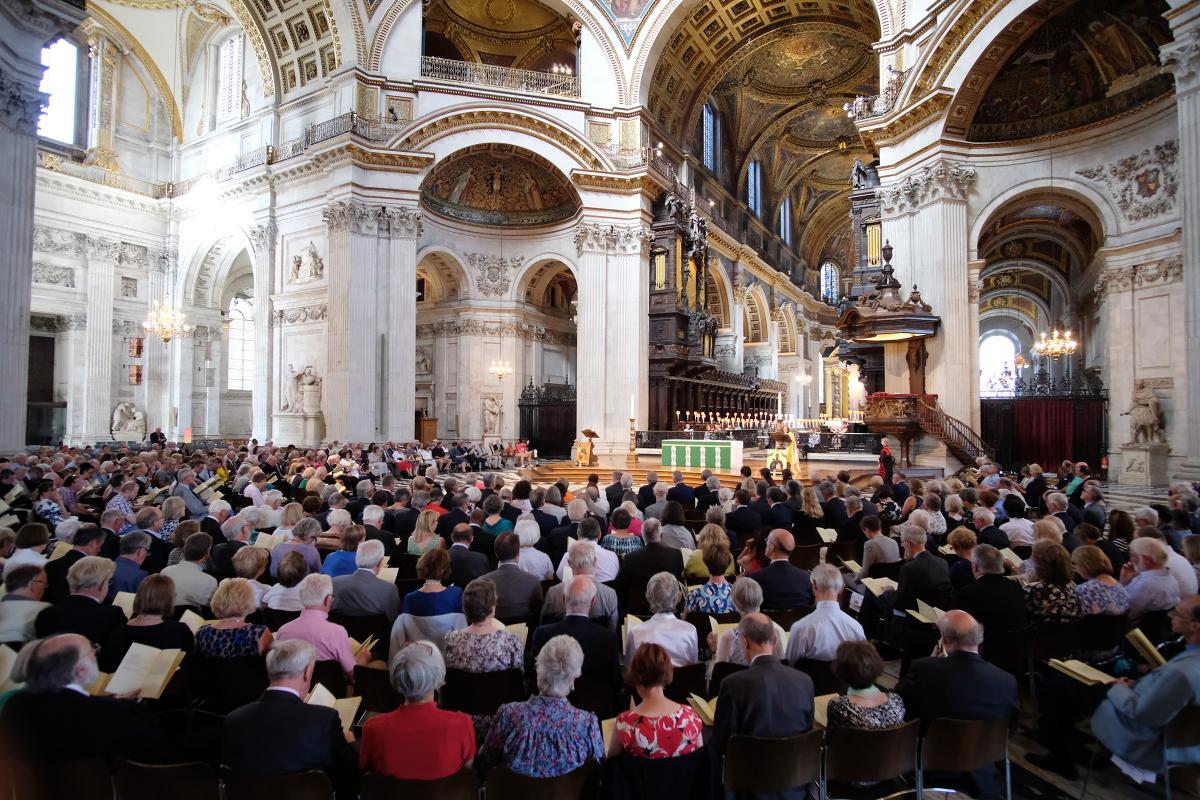 On Tuesday 26th June 2018, the National Churches Trust held a celebratory Evensong service of thanksgiving for Friends and supporters at St Paul's Cathedral for the 200th anniversary of our predecessor charity, the Incorporated Church Building Society.

The service was attended by special guests including His Royal Highness, The Duke of Gloucester, The Most Reverend and Right Honourable Dr John Sentamu, Archbishop of York, Huw Edwards, Bill Bryson and Neil MacGregor. Read more here.

Our first tour of 2018 was of Sir Christopher Wren’s London churches on 21 March.

38 supporters gathered at St Clement Danes, on the Strand, and were welcomed by the Revd David Osborn. Almost completely destroyed in the Blitz, St Clement Danes was restored to Wren’s original designs in the 1950s. Of particular interest are the ingenious pews designed by RAF engineers which can be expanded to accommodate extra people.

Our next stop was Temple Church, the church of the Inns of Court, where we were met by Verger John Shearer. He told some very entertaining stories about the rivalry between the Middle and Inner temples! 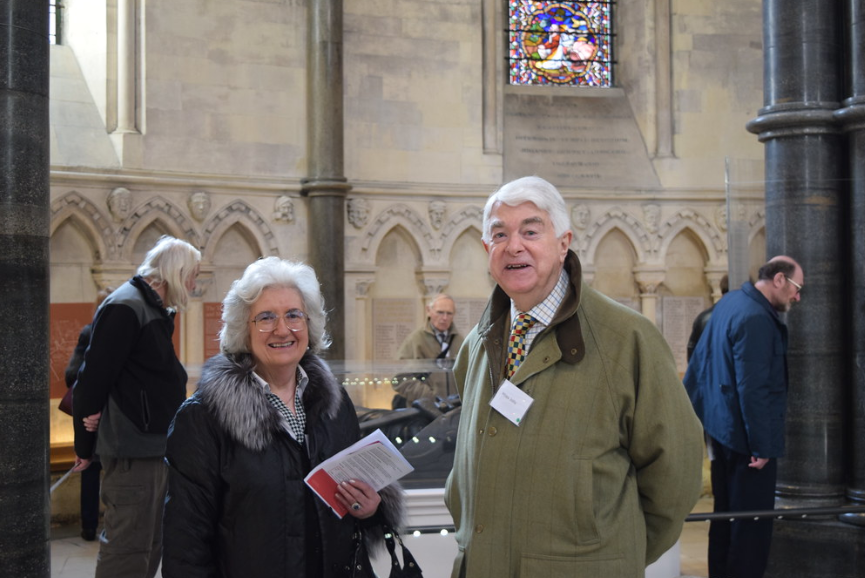 After lunch, we made our way to St Bride’s, Fleet Street, the Journalists’ Church. We took a fascinating trip down into the crypt to see Roman pavement dating from the second century, and the Charnel House with burials from the fifteenth century.

Our last stop was to visit St James’s Piccadilly where we were welcomed by Revd Lucy Winkett, Rector of the church and also a Trustee of the National Churches Trust. Historian Ray Crocker gave a highly entertaining talk and explained that when built, the church with its wide central aisle and balconies was as important for the congregation to display themselves wearing the latest fashions as it was for worship.