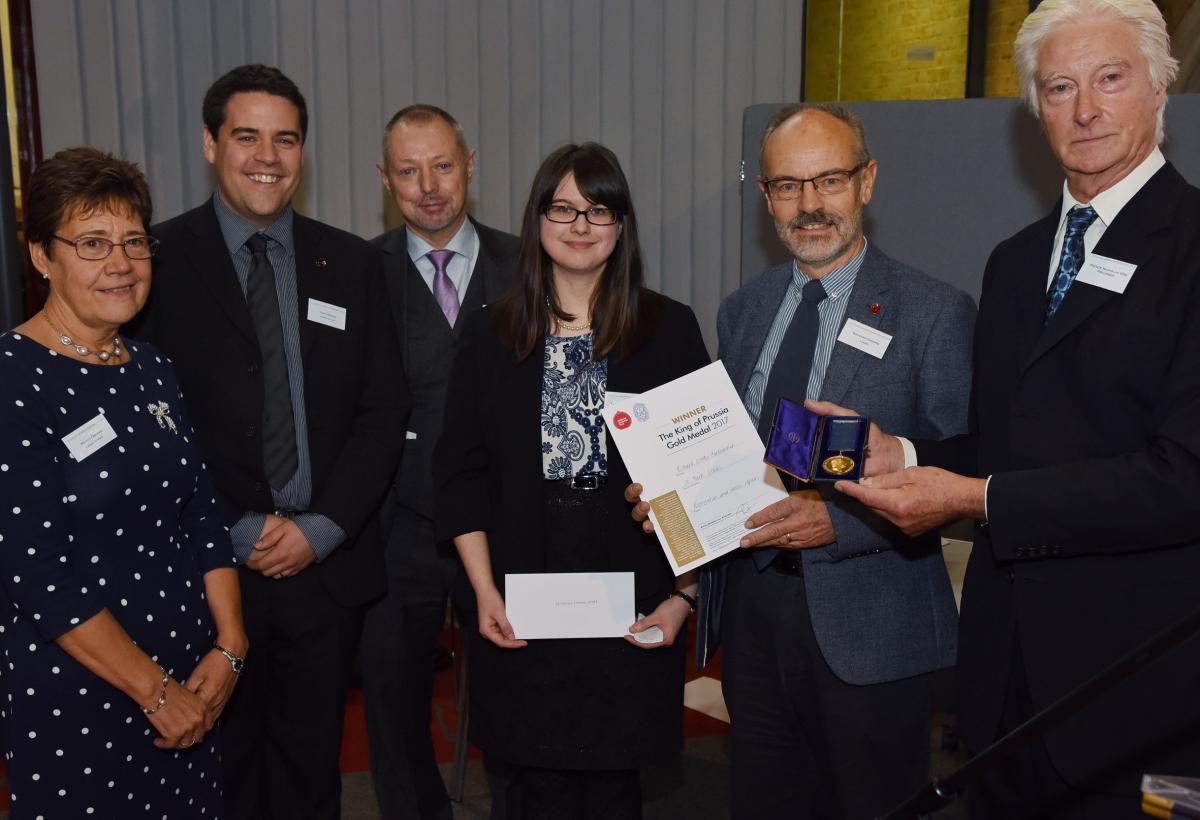 The winner of The King of Prussia Gold Medal was announced by Prince Nicholas Von Preussen the National Churches Trust and the Ecclesiastical Architects and Surveyors Association at a ceremony held at St Mellitus College, London on 26 October 2017.

The King of Prussia Gold Medal for church repair and conservation architecture was won by architects Richard Crooks Partnership for their work which brought back to life the historic St Mark's Church, in Leeds, after extensive interior conservation. St Mark's Church received a £500 prize.

Benjamin + Beauchamp Architects were Highly Commended for their work to restore the historic roof at All Saints, Nunney, Somerset.

At the ceremony, Prince Nicholas von Preussen presented Richard Crooks Partnership with the King of Prussia Gold Medal, the gift of King Frederick William IV of Prussia (1795 – 1861) to the Incorporated Church Building Society in 1857. The award has been made annually since the early 1980s, when the medal was re-discovered during an office move. The medal is held by the winning architect for one year and afterwards a silver replica is provided.

St Mark's Church is the last to survive of the three Church Commissioner’s churches built in Leeds. After many years with dwindling numbers of loyal but aging regular worshippers, it was declared redundant in 2001. The church had been on both the English Heritage and Leeds City Council’s Buildings at Risk Registers since early 1990s.

By 2005 the timber ribbed vaulted ceiling in the south aisle was collapsing. Cold damp conditions had also caused the breakdown of the original Victorian glue based wall and ceiling paintings and deposited brown sticky liquid onto walls, floors, fittings and furnishings. In 2005 Gateway Church identified St Mark's as being suitable for their place of worship, meetings and hub for outreach into the local community.

Richard Crooks Architects oversaw the re-slating of tower roof and new lead gutter linings; strengthening of tower parapets; removal of stained glass windows to north aisle for repair and removal of wall plaster to west end. In 2013, new floor was constructed with underfloor heating to the worship space and a mezzanine.

Regular worship and administration opened in St Mark's in March 2014. All facilities are available for use by community groups for meetings, concerts, conferences and other events.

By 2016, the last masonry repairs to the north aisle and stained glass restoration were completed.

“The sheer ambition of this whole project as well as the quality of the work which the judges found inspiring. This previously redundant  church, on both the local and national 'Heritage At Risk' registers, was brought back into use for worship  by Leeds 'Gateway', a modern church community of which 75% are students.

Overcoming legal and funding issues, the community purchased St Marks in 2010, and since then with their project team, has achieved gradual, comprehensive conservation of this large building through a phased programme of work - the most recent of which was carried out in 2016. It is impressive, and unusual, that this young church community chose to rescue a beautiful badly neglected, historic church, with all the complexity and risk that such a project entails.

The result is a testament to the courage and ambition of this community and their team.”

Benjamin + Beauchamp Architects were Highly Commended for their work on All Saints, Nunney, Somerset. The medieval roof has been hidden since 1958, and Benjamin + Beauchamp Architects and Mann Williams Structural Engineers developed proposals for how to reinstate the waggon roof's shape. The barrel vault was constructed from a series of ceiling ribs built up of three layers of plywood to form continuous ribs along the length of the nave. The four new dormers bring light into the nave and reinstate the two lost dormers on the north side and the two lost clerestory windows on the south side.