A good example of a successful Community Grant project is St Michael and the Holy Angels in West Bromwich.

St Michael and the Holy Angels is the oldest church in the centre of West Bromwich, and played an important role in the history of Catholicism in the area. In the early 19th century there was no Catholic church in the town, and accordingly very few Catholics. In 1827 the priest at the nearby Bloxwich mission turned his attention to West Bromwich, and had such success that in 1830 a site for a new church was bought. St Michael and the Holy Angels opened in 1832. Over a third of the cost was met by George Spencer, who became the first resident priest in 1832 – currently being considered for beatification, George Spencer is the great-great-great-uncle of Diana Spencer, Princess of Wales.

With a church in which to worship, Catholicism flourished in West Bromwich. In 1833 110 people were confirmed at St. Michael's; in 1834 it had 120 communicants; on Census Sunday in 1851, 500 people heard mass there; and by 1877 the incumbent priest reported a Catholic population of 900.

In 1872 the original church structure was demolished and work on a new building began. Designed in an Early English style by Dunn & Hansom of Newcastle-upon-Tyne and built of Birmingham brick with Bath stone dressings, the church was completed in 1907 and remains today. 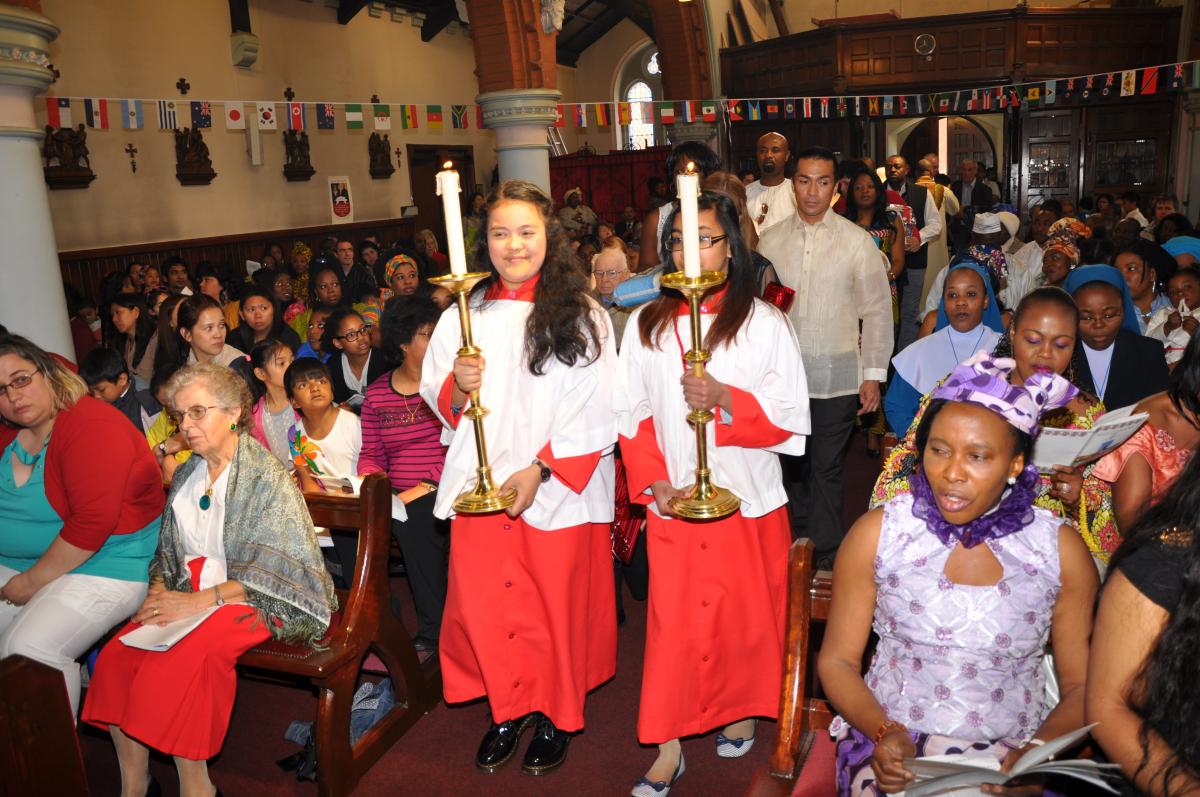 Since its foundation in 1832, St Michael and the Holy Angels Church has been at the heart of its local area and an important venue for Catholic worship and for all kinds of community activities. This use took its toll, with urgent works needed for the church to continue to cater for the ever-increasing needs of its community.

In 2012 the National Churches Trust supported St Michael and the Holy Angels with a £40,000 grant towards the essential repairs and upgrades to the toilet and catering facilities, thereby allowing it to continue to accomodate and care for its visitors.

“St Michael and the Holy Angels’ Catholic Church is a lively multicultural community situated in the heart of West Bromwich, in a ward among the first 10% most deprived nationally, particularly in the areas of health, education and the living environment.“

“Thanks to the intervention of the National Churches Trust, with the massive largesse of £40,000! - almost a fifth of the £236,000 estimated required - we are able to comprehensively regenerate our Church Hall/Community Centre. The groups most in need in our community include the homeless, older people, those with alcohol and drug addiction, carers, ethnic minorities and adults with learning difficulties; when opened up, the Centre will further provide space for programmes and activities designed to support these needs. Thank you National Churches Trust for being pivotal in the realisation of this critical project for our community!”