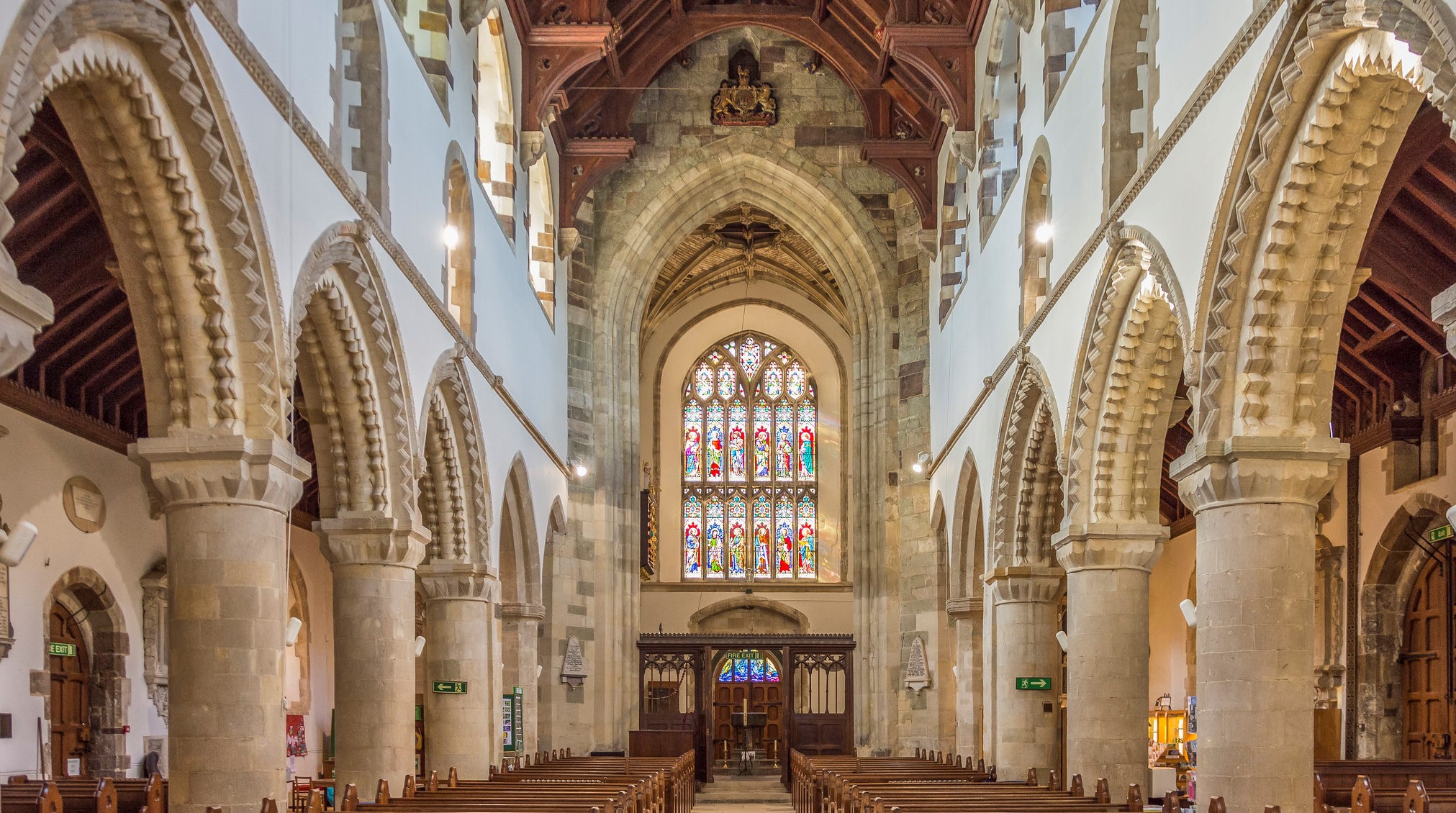 'The western tower is a column of soft greens and greys, while the Norman tower is aglow with the red of the Ringwood sandstone, the red of the autumn leaf blended with every phase of yellow, drab and brown.’ Sir Frederick Treves.

Climb a 600 year old spiral staircase to the chained library, a relic of the Middle Ages when books were so valuable they were kept under lock and key.  A bequest by Revd William Stone, created the library which includes a rare book given to Katherine of Aragon from Henry VIII. Half a century later, another donation from Roger Gillingham enabled these books be avilable for the ‘better class’ of person. However, he insisted they be attached with chains to prevent pilfering by less scrupulous gentlefolk who might wish to enlarge their own collection!

Dedicated to St Cuthburga, the Minster flourished over the centuries and in 1318 Edward II declared the Minster a Royal Peculiar, exempting it from all diocesan jurisdiction. The choir used to wear scarlet robes, a legacy of this 'Peculiar' which lasted until 1846.

In 1496 Lady Margaret Beaufort, granddaughter of John of Gaunt and mother of Henry VII, founded a small chantry in the minster, wherein are buried her parents, John Beaufort and Margaret Beauchamp. John was a leading military commander during the Hundred Year Wars but he proved to be a poor commander and presided over a period during which England lost much territory in France. His death in 1444 may have been suicide.

An intriguing tale is also told of local magistrate, Anthony Ettrick.  After falling out with the Minster’s authorities he swore he would not be buried in the Minster. But he later had a change of heart and persuaded the church authorities to allow him to be buried in the wall of the Minster, so neither being inside nor outside. He commissioned a coffin, on which he had the date of his death inscribed  – or rather the year he thought he was going to die, 1693. He outlived his prediction by a decade and, as it would have been too expensive to have another stone coffin made, the original date was amended to 1703. Prior to his death, he was best known for committing the Duke of Monmouth for trial during the Monmouth rebellion.