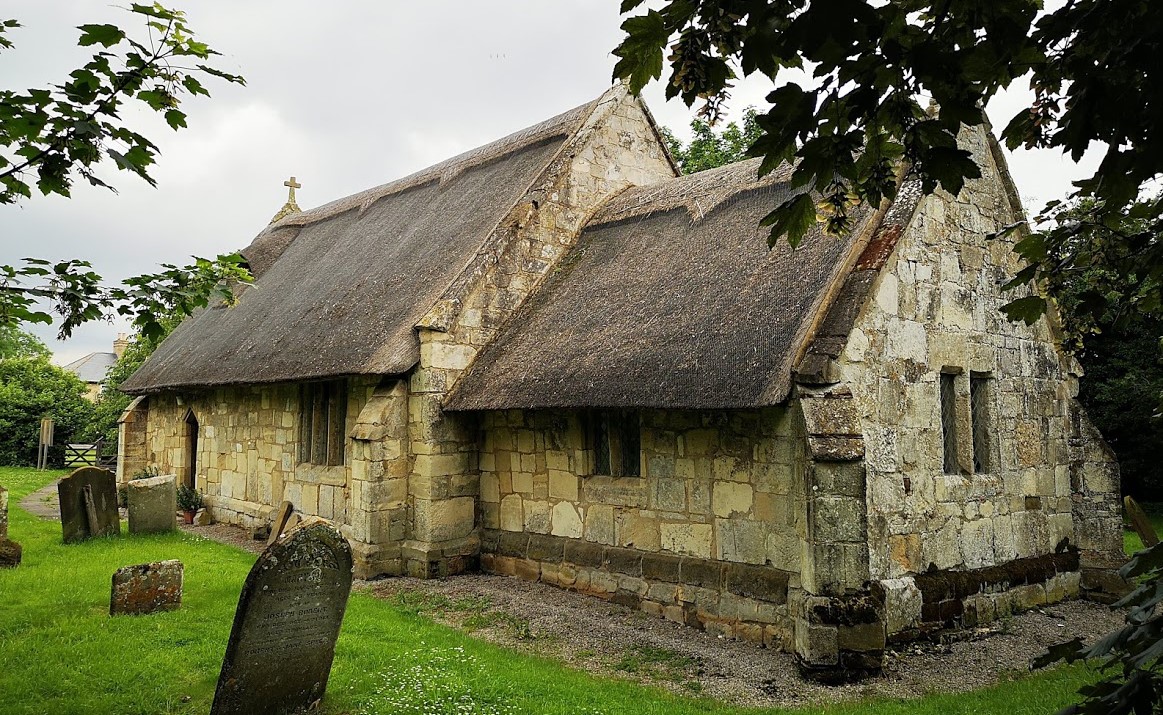 St Peter's church was built on the same site as the original Augustinian Priory and is believed to have been constructed with some of the original stone rescued from the priory ruins.

Markby Priory itself was founded in 1160 and run by the Augustinian's or Black Canons. Local people were encouraged by the Canons to use the priory church. When the Dissolution of the Monasteries took place in the reign of Henry VIII, the canons managed to obtain permission to use a corner of the old priory.

In 1611 permission was granted to build the present church. In the first instance the church the roof was tiled. Yet, in 1672 the churchwarden Richard White, substituted the tiles for thatch and took the tiles as payment.  At that time many neighbouring churches had thatched roofs as the cost of lead was high and tiles during this period were very brittle.

By the late 19th century the church was in a sorry state, so much so that it was declared unfit to be used on a regular basis.  And so a new corrugated iron church was built close by to replace St Peter’s. This was known as 'Christ Church'.  St Peter’s did not fully close as it was still used for the occasional wedding and funerals.

However by 1962 the 'iron church' had rusted so badly that it was too was declared unfit for use! Thankfully the decision was taken to renovate St. Peter's and bring it back to its former glory.

Today the interior of the church still bears traces of its history - the Norman dog-toothed decoration on the chancel arch, the former oak cross beam rescued from the roof bearing a date of 1611, together with the ancient font from the old parish church, the 13th century rose sculpture and the 19th century box pews.

The thatched roof was replaced in 2008.