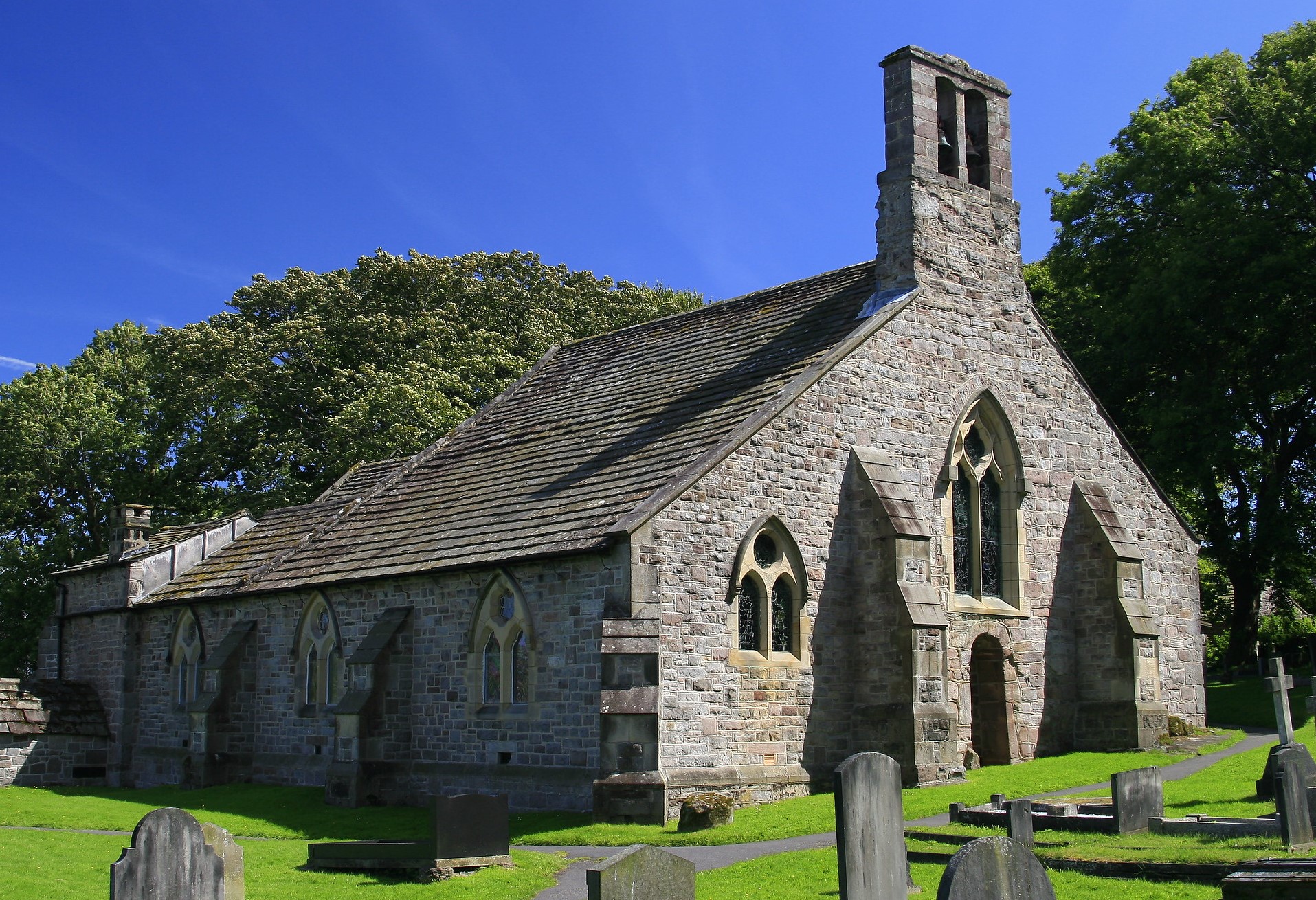 One of the oldest places of Christian worship in Western Europe, there has been a church on the cliffs of Heysham since at least the 8th century. But was it earlier than that? Legend states that in the 5th century, St Patrick becoming shipwrecked off Heysham, came ashore and built a chapel overlooking Morecambe Bay.

The remains of that early 8th century building can be found just beyond the churchyard. Some believe the church of St Peter was also built at the same time but the church we see today is thought to date around 1000 AD.

Evidence of Saxon stonework can be found in the church walls and a Saxon west door can be seen underneath the west window.

If that is not enough to satisfy the hungry treasure seeker then the Viking Hogback Tomb surely must be.

Believed to be late 10th century, the stone is shaped like a house with a tiled roof, supported by four small human figures and held together by figures of bears at each end. Both sides of the stone are carved with figures representing scenes from Norse mythology. The shape is thought to represent the traditional shape of a Viking hall.

One side tells the legend of Sigmund, while the other side shows Sigurd, who famously slew the dragon Fafnir, its long tail wrapping around the stone to reappear at the dragon’s mouth. Despite its age, the carving is wonderfully vivid, with the tree of life, snakes, birds, horses and other creatures and symbols clearly visible.

The hogback stone was discovered buried in the churchyard in the 19th century and was moved a century later to its resting place inside the church for protection from the elements. It is considered perhaps the finest Viking tomb in Britain.

In the south-west corner of the churchyard is the old north doorway, which was removed when the north aisle was torn down. It is hard not to notice how much the doorway resembles the surviving doorway of St Patrick's Chapel, on the clifftop just beyond the churchyard.

A few steps away from the chapel on the edge of the cliffs are six graves carved into rock, some clearly showing the human shape with a distinct space for a head and a tapering body. Carved sockets at the head end perhaps supported stone crosses. It is thought these graves are 11th century and most likely held the bones of very important people, perhaps even the bones of those early Christian saints.