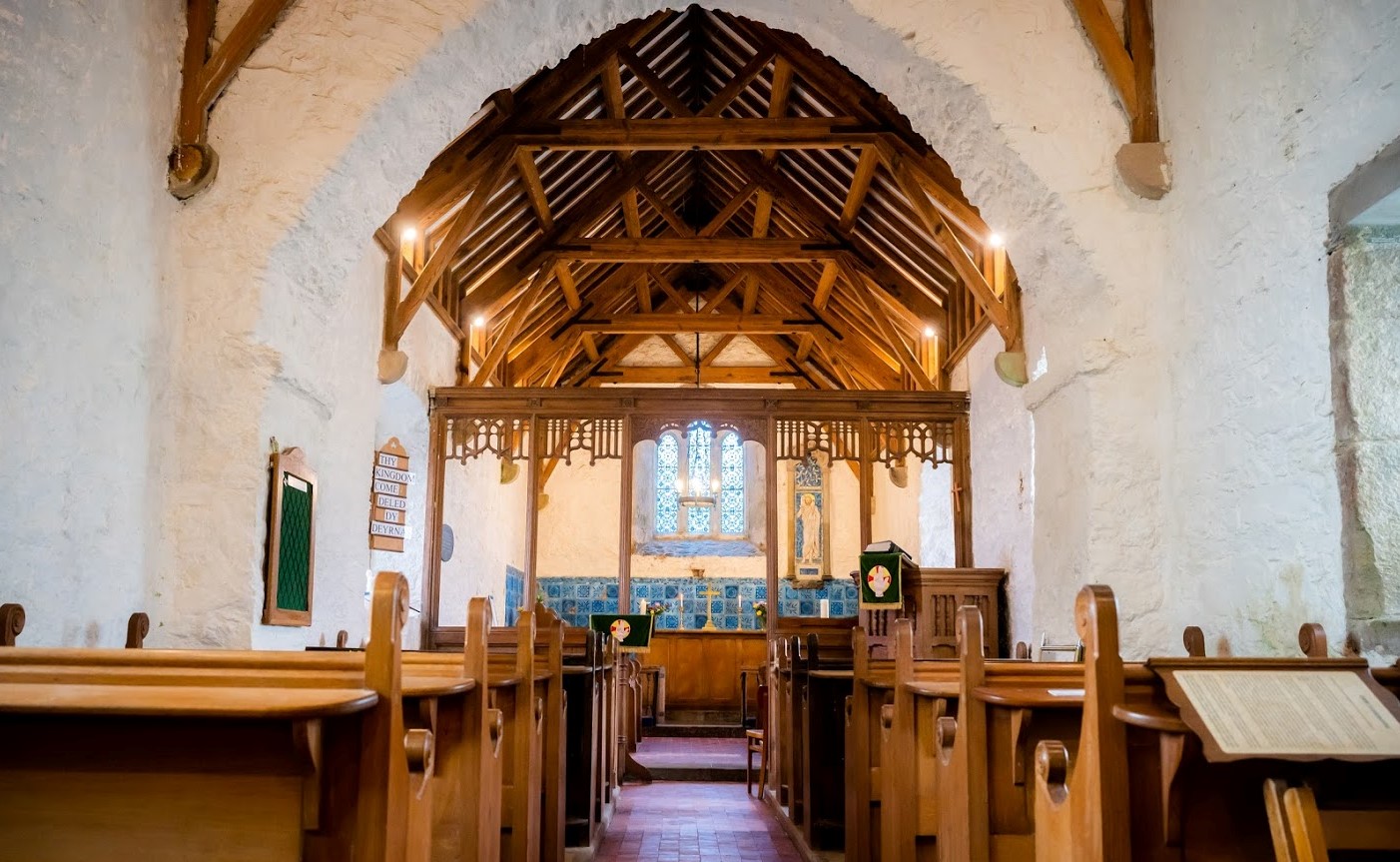 Eglwys Llanbadrig is said to have been founded by Saint Patrick in 440 AD and is the oldest church in Wales,

St Patrick himself was returning from a missionary journey from Iona to Ireland when his ship was struck by a fierce storm just of the coast of Anglesey and ran aground on a jagged islet known today as Ynys Badrig  or St Patrick’s Island.

Struggling to the mainland, he found sanctuary in a cave in the sea cliffs close to a fresh-water spring.  In thankfulness for his narrow escape Patrick founded a church on the headland. Today this is the only church in Wales that is dedicated to St Patrick.

The original wooden building was a single celled structure created from wattle and daub. That was replaced by a more substantial church in 12th and 13th centuries with the chancel added a hundred or so years later.  The 12th century font survived.

It is the rebuild of 1884 that has created what we see today, funded by money from Henry Stanley, 3rd Baron of Alderley and owner of the Penrhos Estate on Holy Island. Henry had married a Spanish Muslim woman named Fabio Santiago and he converted to Islam.  He stipulated that the interior of the church reflect his new faith with the stained glass windows showing geometric designs rather than the traditional biblical scenes and characters. The striking Moorish influence can be seen in the deep blue wall tiles in the chancel which employ similar geometric or floral patterns.

The 1884 renovations also uncovered the Icthus Stone now standing at the back of the church.  Carvings on the stone depict the Christian symbols of a fish and a palm tree and it is believed to be a 9th to 11th century gravestone. But one mystery is how did the Icthus Stone arrive at St Patrick’s when this type of black stone is found only in one place in the world, in the ancient catacombs under Rome!

The church is a quiet oasis of peace in one of the most beautiful locations imaginable. No wonder the Dalai Lama called it, "the most peaceful spot on earth" after he visited.