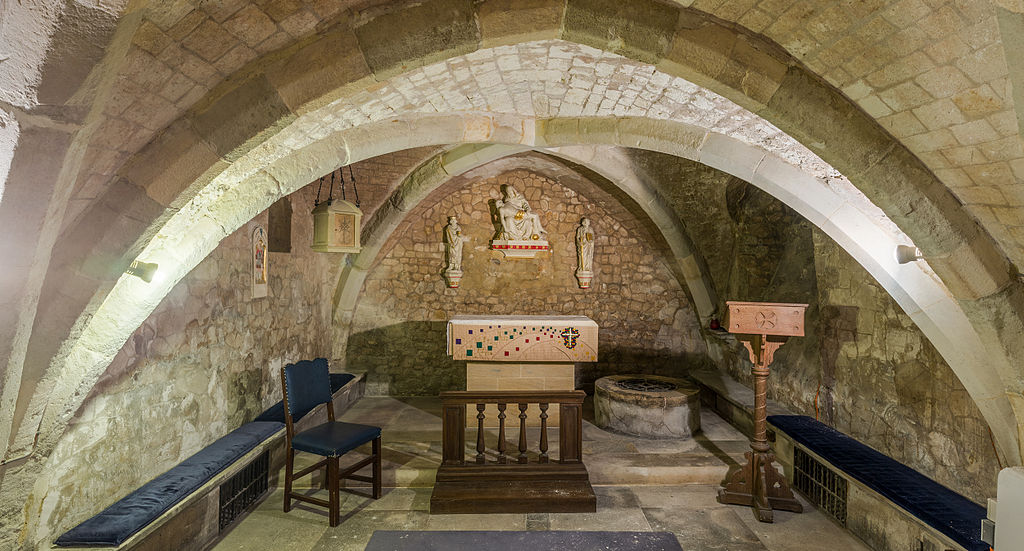 The church has seen it all – through war and spy rings, surviving plague and fire as well as a few medicinal remedies thrown in for good measure.

It all began with the Battle of London Bridge, when in 1014, Norway’s King Olaf II rallied his troops to aid England’s Ethelred the Unready in driving the Vikings out of London. It is around the well, in the crypt where battle plans were made. London Bridge is said to have been pulled down during the conflict. This event is believed to be the source of the nursery rhyme “London Bridge is falling down.”

Over the centuries, London began to prosper, memorials to many merchants who lived close by can be seen within the church. Francis Walsingham, chief spymaster to Queen Elizabeth I, lived nearby, as did other spies. Two are buried in the churchyard. The pioneering 16th century botanist Peter Turner, who did much to outline the medicinal properties of plants found in the English countryside worshipped here. His elaborate memorial bears witness to his prosperity.

A rather macabre gateway was erected in 1658 on Seething Lane. Complete with skulls and the morbid Latin phrase  ’Christus Vivere Mors mihi lucrum’ — ‘Christ lives, Death is my reward’, it seems almost built as a warning to the plague that would ravage London again.  For in 1665, the town was devastated by the Bubonic plague, reputedly brought in by Mary Ramsey  - she is buried in the enclosed churchyard.

A year later, in 1666 the flames of the Great Fire of London came within about a hundred yards of destryoying St Olave’s. The church may have been saved by the diligence of its most famous worshipper, Samuel Pepys, who helped pull down neighbouring wooden structures and create a firebreak thus preventing the fire from spreading. Pepys’ diary records many observations of goings on at St Olave’s. When he died his body was entombed in the church beside his beloved wife Elizabeth.

Finally, not even firebombs raining down in St Olave’s in WWII could rid London of its miniature treasure house, enough of the fabric and stonework survived to enable restoration in the 1950s. And present at the rededication ceremony was King Haakon VII of Norway, over 900 years after King Olaf made his presence on this tiny church.