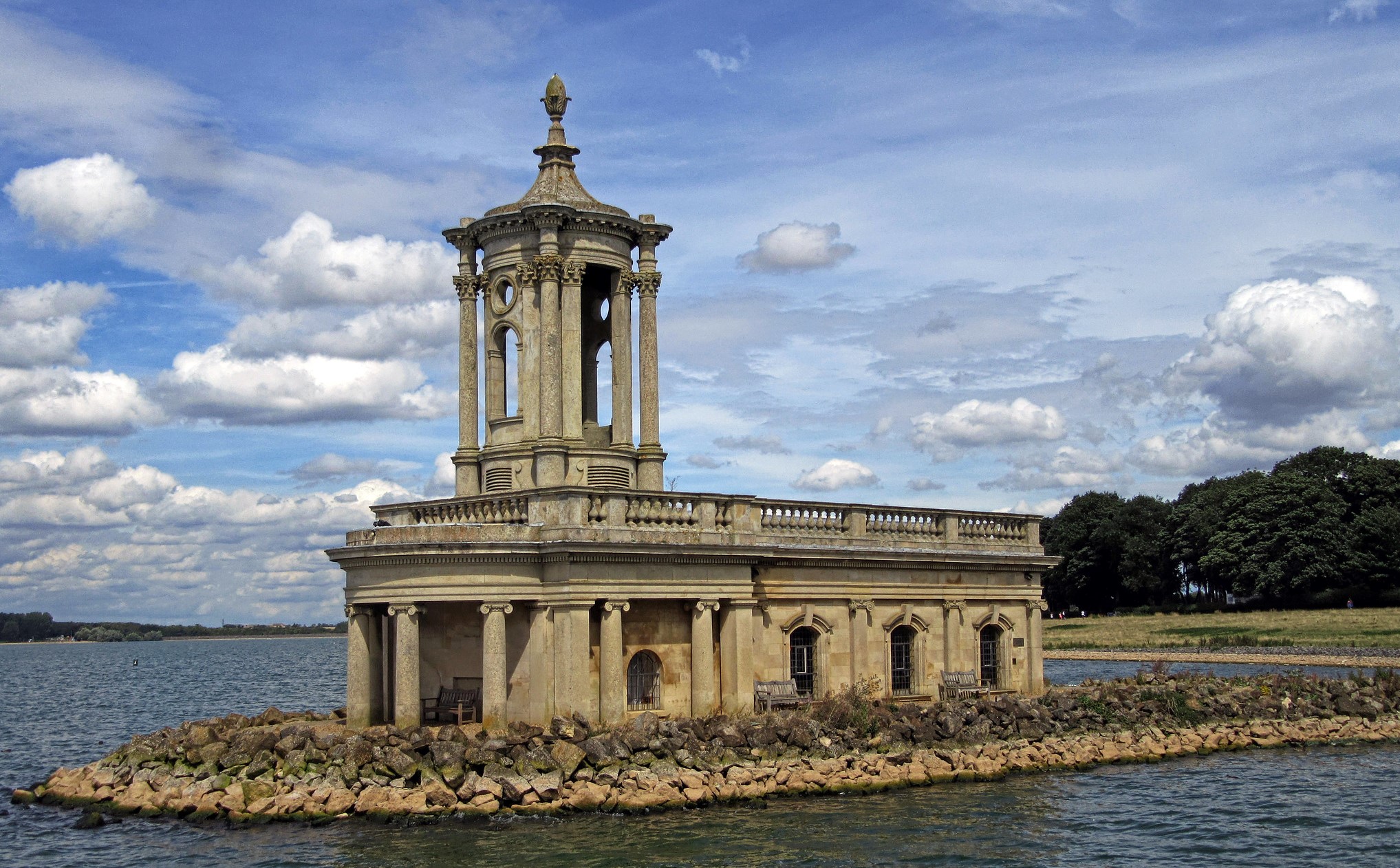 This iconic church gives an illusion of being afloat on Rutland Water. But when water levels are low, a different perspective occurs as the church appears to sink into the reservoir under its own weight.

St Matthew’s stands on foundations of a building dating back to the 14th century.

Between 1826-29 architect Thomas Cundy rebuilt the church in the classical style when the Earls of Ancaster created their estate in Rutland and wished to use the parish church as their private chapel. The medieval tower was replaced with a Corinthian style one and a portico was also added. The nave and chancel were replaced during renovations in 1964. All the alterations and enhancements have transformed Normanton Church into a unique sanctuary and one of the best-hidden attractions in the UK.

In 1920 the aristocratic family relocated and the church was abandoned.  But the story did not end here.

In the 1970s, due to the growing population in the area, the need for a water reservoir became obvious. The Gwash Valley in Rutland was chosen as the most suitable location for a new reservoir in the Midlands. The parish would become submerged, the church deconsecrated. When it came time to flood the area, it became obvious that the church would be partially submerged once the high-water level was reached. This would mean the gradual erosion of its lower walls and foundations.

There was huge public outcry with locals campaigning to save building. So, an alternative plan was designed to keep and protect St Matthew’s. The lower level of the church would be filled with rubble and topped with concrete to create a new floor. This would be approximately 60cm above the water level. The church would become a small island once the reservoir was filled, and so a causeway was built connecting it to the nearby shore of the lake and an embankment was constructed around the building. Finally a layer of boulders were put in place to act as a defensive breakwater.

Rutland Water is one of Europe’s largest human-made lakes. It has been dedicated as a Site of Special Scientific Interest and this wondrous church in its spectacular setting is a photographer’s dream. Plan on spending enough time to see it at different times of day, as the shifting light can also enhance the illusion. Out on the water, you can often see swans and sailboats, which only adds to its fairy tale appeal.