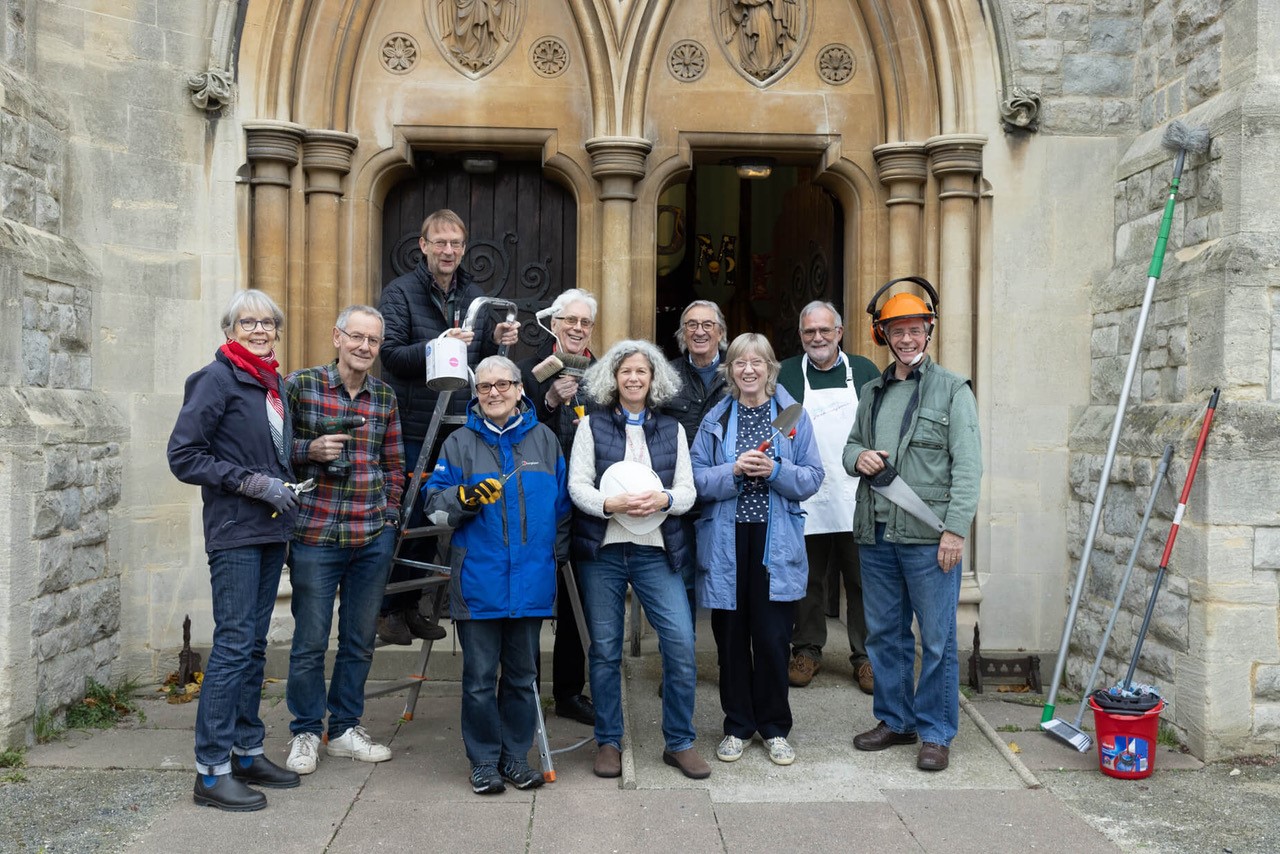 Over the last three years a significant spire and tower repair project has taken place at the church. This helped the church team realise that they needed a regular maintenance plan in place, so future problems with the building could be detected early.

In selecting St Matthew's as the winning entry, judges praised the team who look after the Grade II* Listed building for this robust maintenance plan and for their practical solutions to solving problems faced by a building that is over 150 years old.

Judges also highlighted the involvement of volunteers in the church's regular 'Maintenance Mornings' which include bacon butties to encourage involvement by the congregation in keeping the church windproof and watertight!

A beacon of light in the surburban neighbourhood of Surbiton with a rather unusual set of bells. St Matthew’s owes its existence to the generosity of one man, William Matthew Coulthurst, the senior partner of Coutts Bank.

The building was completed in 1875 having taken less than 2 years to build. Outside on east end of the church a stone plaque records that William built the church partly in memory of his sister Hannah Mabella Coulthurst.  Tucked safely behind the plaque are a photograph of Hannah, a copy of 'The Times' for the day and a letter from William Coulthurst stipulating that the church should be and remain in the evangelical tradition.

The church has an unusual set of eight hemispherical bells mounted in a large frame and rung using the Ellacombe chiming system. This was devised by Revd Henry Ellacombe in 1821 as a way of allowing a single ringer to ring a number of bells at the same time. This meant that the Reverend could dispense with his unruly and drunken band of bell-ringers!

The bells were installed soon after the church was built, probably during 1876 as the tower was incomplete when the church was consecrated on 21st September (St Matthew's Day) 1875.

There is also a single service bell in the belfry which is rung before services on a Sunday. Bearing an inscription of 1734, this bell is actually much older than the church itself, having been 'recycled' from a church in Kenilworth.

The Ellacombe chime was rung on Saturday 26th June 2021 as part of a worldwide celebration to mark the 200th anniversary of the invention of Revd Ellacombe's system. Some 80 churches in the UK took part, along with others in New Zealand, Australia, the USA and Canada. Working Ellacombe systems are now relatively rare, as many churches which had them fitted have since removed them or allowed them to fall into disrepair.