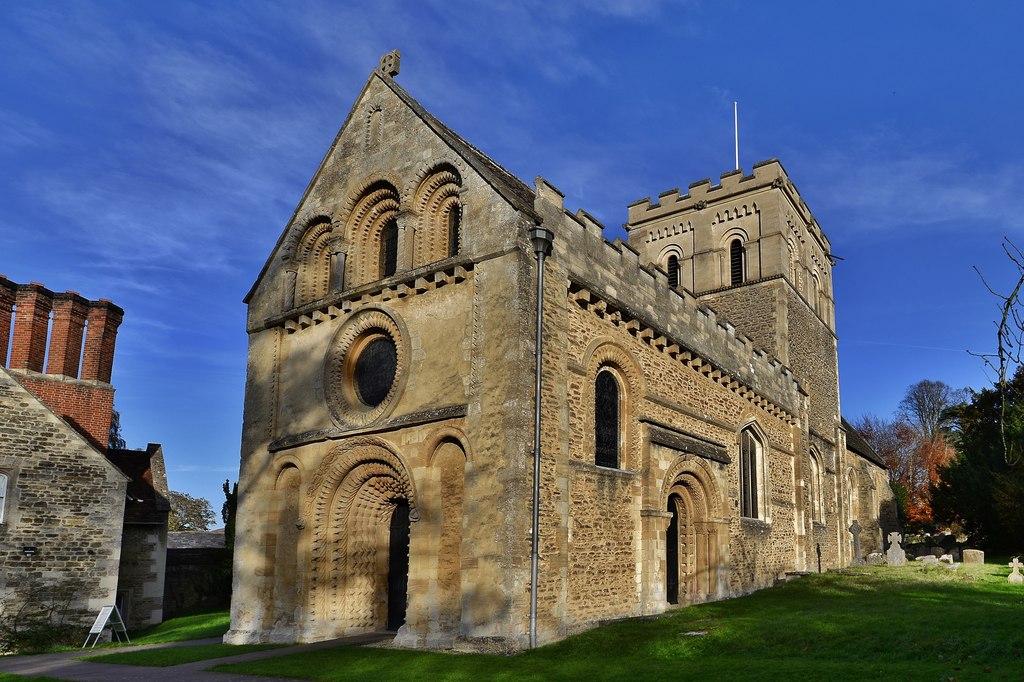 This idyllic 12th-century Norman parish church holds a secret… a close look along the south side of the sanctuary reveals an ancient archway hiding behind a tombstone.

This is the tomb of Annora, a 13th century anchoress. And this is where her anchorhold (a tiny cell) was most likely constructed. Annora spent 9 years living in this tiny cell. She was one of 92 anchoresses believed to live in England during this time; choosing a life of seclusion and prayer.

Anchoresses were seen as a source of wisdom and Annora would have provided spiritual advice to members of the community. She was also sent gifts, including ones from King Henry III himself. The arch near her small cell, perhaps being a window through which she could view the church’s altar and services.

The west end is one of the finest of any medieval parish church in England with its magnificent west doorway, flanked by blind arches. The doorway has a continental European style - the innermost section has several rows of chevron mouldings, followed by two orders of beakhead carvings, a typical Norman feature. The outer ring of carving is a linked chain of symbols including signs of the Zodiac. The window above is an 'occulus' or Eye of God design. It is Victorian. Above this, another row of three arched windows and higher still, topping off the façade is a small blind arch.

Inside does not disappoint either. The beautifully carved nave arch leads to the central tower opening. This arch is supported with black marble pillars from Tournai; the earliest known use of marble pillars in an English parish church. The nave arch is carved with a band of flowers and fruit decoration. This theme seems rather sedate when compared with the pagan-looking themes on the south doorway! On the walls are four round painted shapes, all that is left of a dozen original medieval crosses.

Taken as a whole, Iffley church is a magnificent example of Norman architecture and style, largely unaltered by later generations.