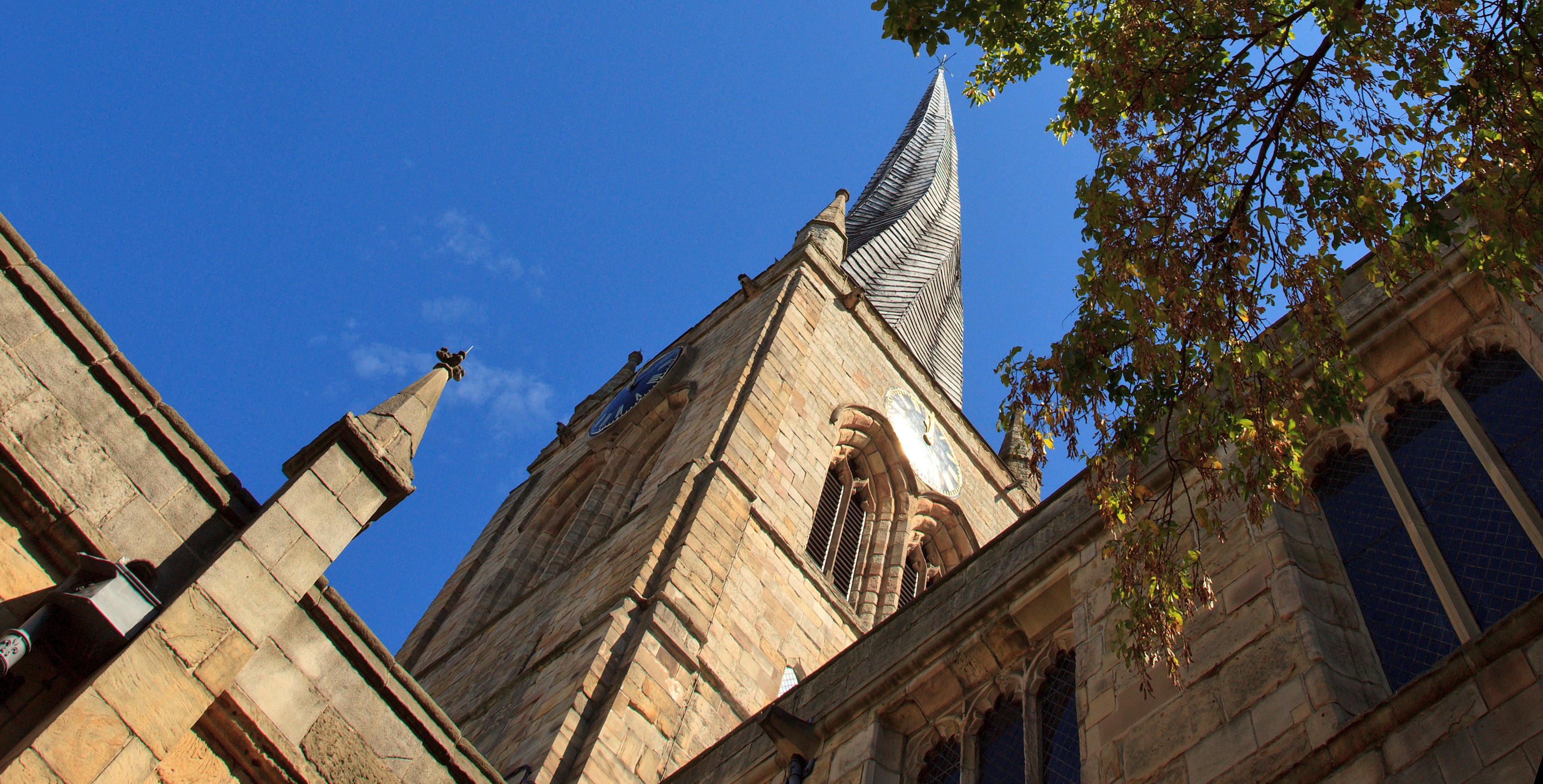 Derbyshire’s largest church is famous for its peculiar 13th century twisted spire, which leans at an alarming 9 feet 5 inches from true.

Local folklore states that the Devil was resting on the spire, his tail wrapped around it for support. The people of the town started to ring the church bells and the Devil, frightened by the noise, tried to escape with his tail still wound round the spire, causing it to twist.

Others believed that the builders used green timbers which warped over time. St Mary and All Saints was built at a time when the Black Death swept through the country. All the skilled craftsmen died, leaving only unskilled laborers to construct the church spire. They were unaware that cross braces would need adding.

The real reason for the distortion is the 32 tonnes of lead covering the wood shingles some years after initial construction. These lead tiles created such a heavy weight that the timbers simply couldn't bear the strain, and, with no cross races for support, twisted alarmingly.

Though much of the interior dates to the 14th century, St Mary & All Saints was comprehensively rebuilt in 1843 by Sir George Gilbert Scott, and again in 1896 by Temple Moore who installed the striking reredos behind the high altar.

Within the Lady Chapel is a wonderful array of 16th and 17th century memorials to the local Foljambe family including Sir Godfrey Foljambe who was High Sheriff of Derbyshire three times.

Other historic features include the Jacobean pulpit, a Norman font, and a late 15th-century wooden screen in the south transept.

St Mary's is a wonderfully historic. Even without its eccentric spire there are still plenty of stories hidden within its walls.