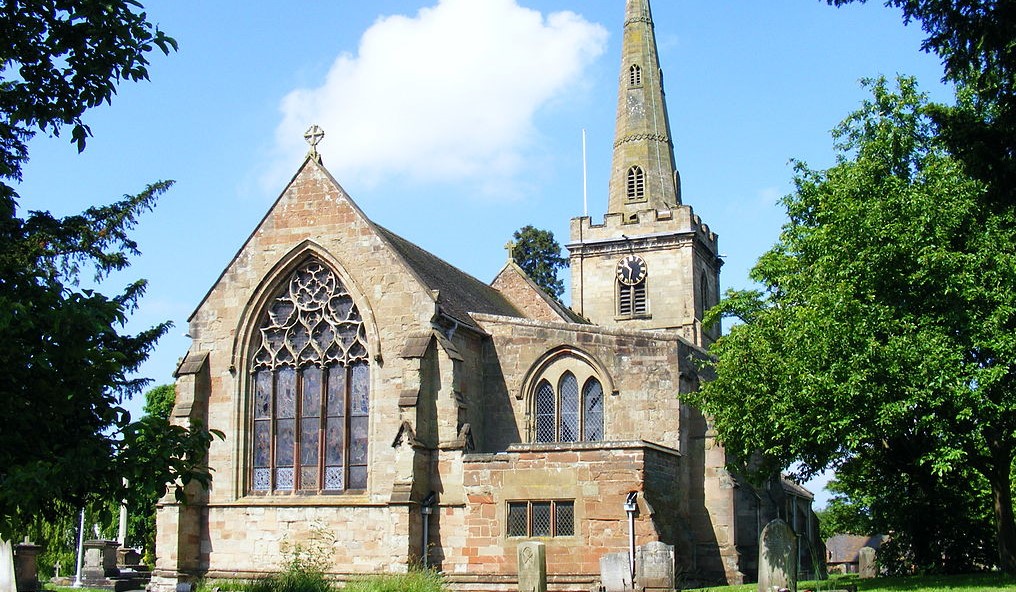 Fantastically animated carved dragons, their tails interlaced to form a continuous frieze around the font, perhaps, symbolising the evil of original sin washed away in baptism.

A church probably existed at Chaddesley Corbett in the Saxon period as the Domesday Book of 1086 mentions a pair of priests. St Cassian's owes much to the Corbett family who were Lords of the Manor and benefactors of the church. The 13th century chapel was probably built by William Corbett who died in 1282 and the 14th century chancel was added by a later Sir William Corbett, the last of the Corbett family who gave their name to the village.

Much of the current building is 12th century with the most outstanding feature being the font. It is magnificent and thought to be the work of the Herefordshire School of Sculptors who were active in the Midlands and the Welsh Marches around 1125–1150. Their work was of the very highest quality and drew on different sources for inspiration - Norman military figures, pagan imagery, Anglo-Saxon animals and Celtic abstract patterns, all combining to create a unique and beautiful harmony with a playful approach.

St Cassian's font is strikingly elegant with its chalice shape and intricate Celtic basket-weave patterns interlacing around the base as well as the rim. The dragons have heads, ears and tongues but hardly no bodies. In fact there is very little actual dragon, but through the cleverness of design, the illusion is of the dragon being there, in a riot of carving.

The rest of the church is also impressive. The chancel is exquisitely decorated with some of the finest 14th-century carvings of any Midlands church. The sedilia is particularly beautiful, with wonderfully detailed small heads decorating the arches over the sedilia seats. There is also a richly carved piscina, aumbry cupboard, and niches on either side of the altar. At the base of the niches a pair of faces peer out from a cascade of lush foliage, in the style of a traditional Green Man carving.

Last but not least we mention the glass in the east window which was a gift from the Perrin family, co-founders of the famous Lea & Perrins Worcestershire sauce company of Worcester.