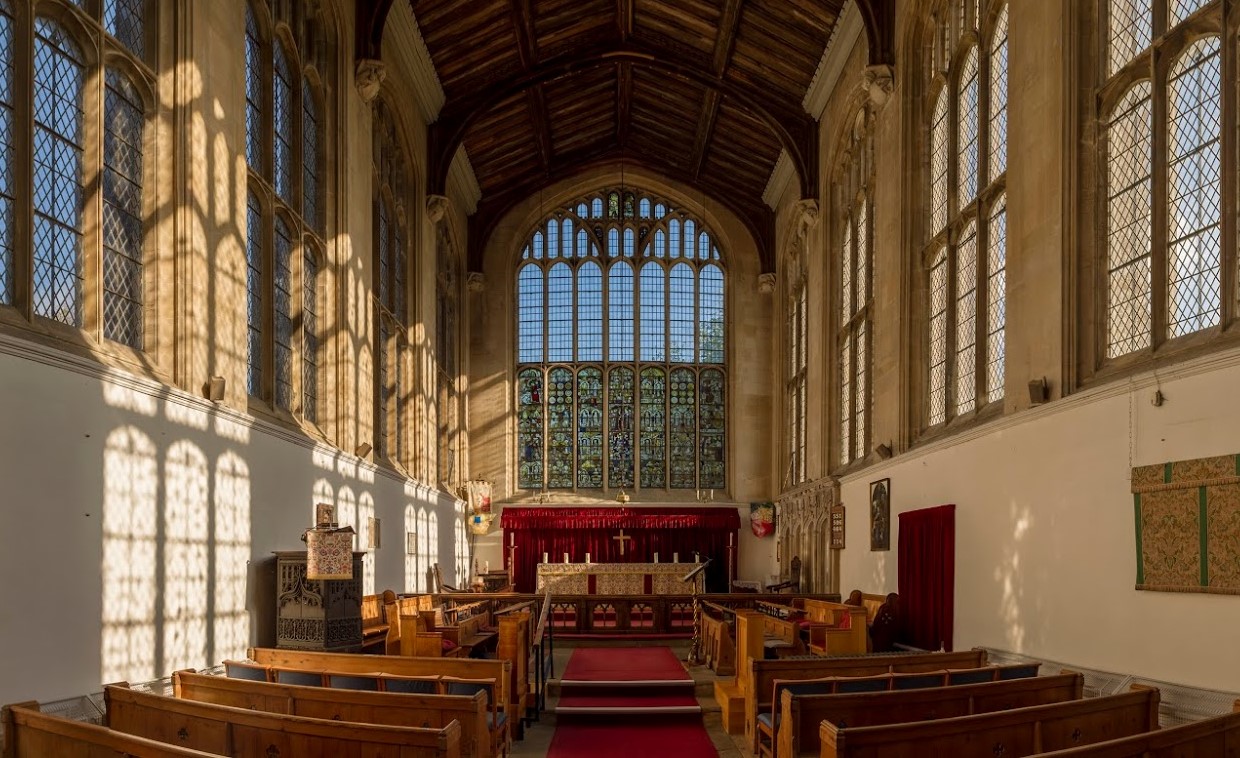 One of the largest and most impressive Perpendicular Gothic churches in Lincolnshire, full of light and space, was once home to some of the most spectacular stained glass in the county.

This magnificent example of 15th century perpendicular architecture, situated next to the stark red brick Tudor castle of Tattershall, was built by Ralph Lord Cromwell around 1440 under a charter granted by Henry IV.

Everything about this church is grand, the nave and transepts are all large, airy and filled with light. The stone pulpitum between nave and chancel is ornately carved with niches for statuary and altars.

Taking forty years to complete, in its heyday it had seven priests, six secular clerks and six choristers. The church provided at least one chorister for Margaret Beaufort, mother to Henry VII.

When finished the building would have been magnificent, with some of the finest stained glass in England, Every pane of glass in the building was stained or painted and was made, predominantly by six English workshops. Unfortunately, much of that glass has disappeared.

Legend says that the Earl of Derby visited Tattershall and was much taken with the glass, and so made a deal with the lord of Tattershall who was quite prepared to sell it to him.

The villagers were not happy with this transaction, and so organized a protest to take place on the day they believed the removal was scheduled to take place. The lord becoming aware of this quickly arranged for the immediate removal of the glass in the middle of the night and the villagers awoke the next morning to find most of the glass and gone.

The Earl of Derby offered to replace the stained glass and as a result the nave received new clear glass windows. But the steward of the lord of Tattershall declared that the chancel windows should not be touched and so it was left without window glass for over a hundred years. Finally all the remaining bits of 15th century glass were gathered together to create the colourful and decorative Great East Window that we see today.

Ralph Cromwell was Treasurer of the Realm and his decorative emblem – a purse -   can be found all around the church.

But perhaps the most quirky artefact to be found in Holy Trinity is the gravestone of Tom Thumb. Local legend tells of Tom, a native of Tattershall, who was reputedly just over 18 inches tall and lived to the age of 101 when he passed away in 1620. However, beyond these meagre statistics it becomes almost impossible to unpick fact from fiction and discover more about the man buried beneath this plaque.