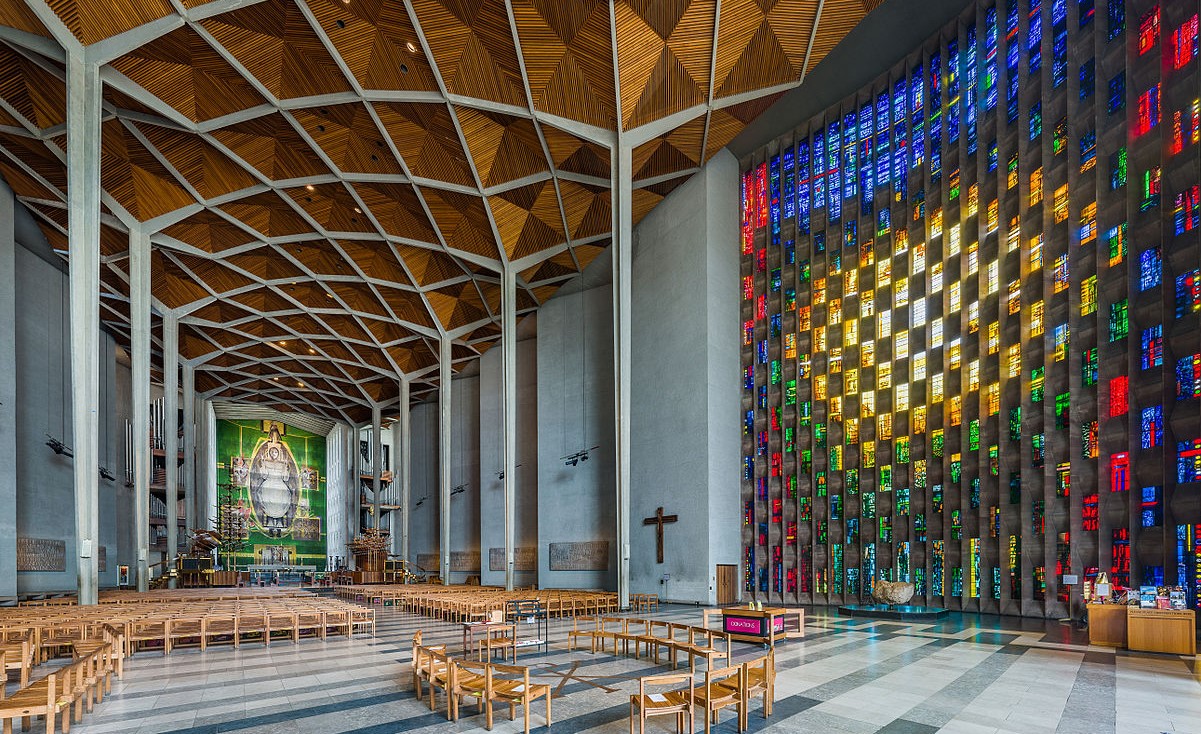 The original St Michael's Cathedral, built between the late 14th century and early 15th century now stands ruined. A casualty of war it was bombed almost to destruction during the massive attack on the city on the night of November 14th, 1940.

The only parts of this historic building to survive the bombing was the tower and the outer wall.  Once peace was restored, the cathedral was left in its ruinous state as a testament to the futility of war.

The surviving spire of St Michael’s is 245 feet high. It is the tallest structure in the city and also the third-tallest cathedral spire in England, after Salisbury and Norwich.

A new modern cathedral was planned for the city. The vision of architect Basil Spence was to keep the ruins symbolically intact next to this new building. An icon of 20th-century church architecture, the new cathedral’s design caused much controversy, but on opening to the public it rapidly became popular and is now a widely recognized symbol of reconciliation.

Within the cathedral is the giant tapestry of Christ and the multicoloured, abstract design of the Baptistry window that floods the interior with colour. But, probably the most impressive feature is the entrance through the Screen of Saints and Angels. As Basil Spence looked out from the bombed ruins of the cathedral, he saw the shape for the new church through a screen of saints.  This transparent wall would link old and new, each to be visible from within the other.

St Michael’s is actually the second of Coventry's cathedrals to be destroyed. A short distance away lie the excavated ruins of St Mary’s Priory, the only English cathedral destroyed during the Reformation.