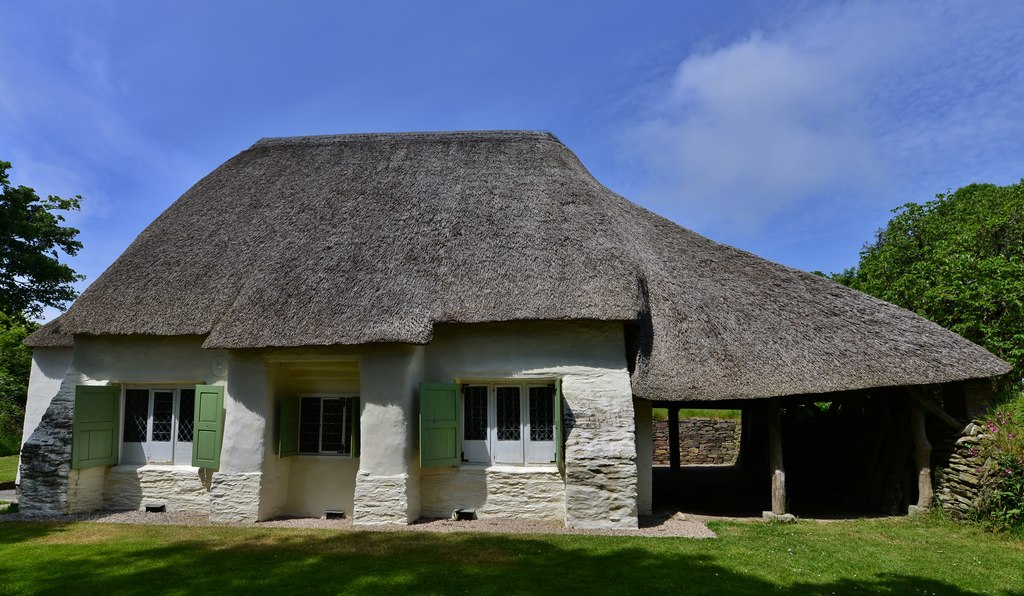 “if there truly is a crock of gold where the rainbow ends, then the rainbow that touches Come-to-Good kisses a wealth of peace and faith that cannot be bought with earthly riches.” David Mudd, Historian, 1989

In an isolated collection of just a few cottages and a farm, huddled together in a sheltered valley can be found Come to Good.  The unusual name of the hamlet is possible a reflection of the growing prosperity of the local Quakers at the time they built their meeting house.

Around the late 1600s, laws had been introduced that banned groups of people meeting for worship which did not follow the Prayer Book.  The Quakers were an easy target and many were persecuted and imprisoned for their style of worship.  Cornwall’s Quakers were facing repression and imprisonment.

George Fox was one of the founders of the Quakers or Religious Society of Friends as they are also known. He had come to Cornwall in 1656 and refused to give up his style of speaking for many wanted to hear what he had to say. By 1680 they decided they needed to build a permanent place in Truro, where they could meet together.

And so, one of the oldest Meeting Houses was completed in 1710. At first it had no roof and the first meeting was described as ‘a rainy one and an abundance of people were out that could not get in and some went away again. It was our new house and first meeting in it.’

Word rapidly spread and it was not unusual for 1000 friends to travel to meet. Standing outside the building, listening to speakers seated on horseback enabled  everyone to hear.

In the early 18th century a gallery was added at the west end to provide further seating. It was supported by 2 halves of a 40ft ship’s mast.

The building has remained in use with little alterations. Simple pews surround a central table and gentle light floods in from diamond paned leaded windows. Electricity and running water were connected in 1967.