The Incorporated Church Building Society and the battle for free pews 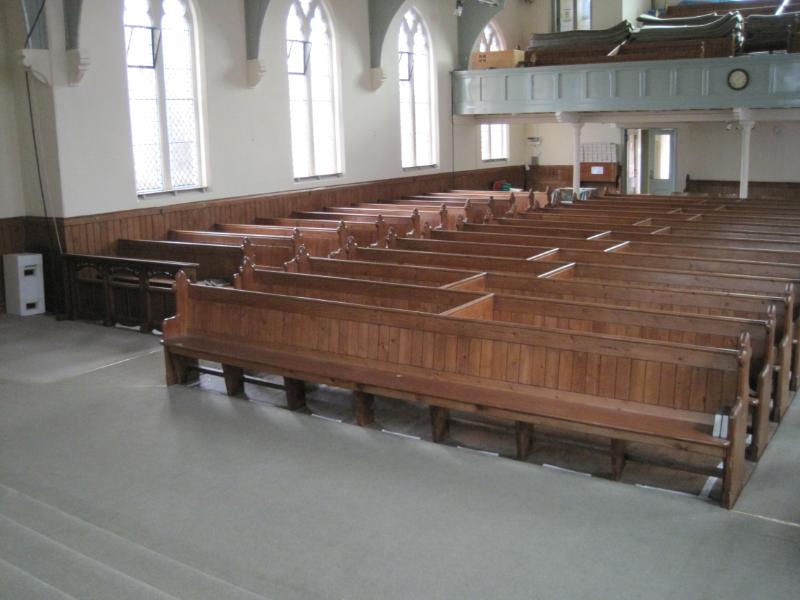 Many new churches took advantage of this, resulting in a substantial rise in income from pew rental but also a continuous source of controversy.

However, the Incorporated Church Building Society wanted to make it possible for as many people as possible to attend church and so a very significant contrary resolution made by the ICBS on 24 June 1818 referred to ‘free sittings’, stating that preference would be given to buildings with the largest number of free seats in proportion to grants given.

This was a fundamental aspect of all grant aid given by the Society, ensuring not only that churches should be built, but that they should have at least part ‘of their interiors allocated wholly to those who could not afford pew rents and did not possess the local influence to be given proprietorial rights over pews.

In 1819 the Society first published for applicants and others a set of ‘Suggestions and Instructions’, which were practical rather than aesthetic.

Open seats with backs were to be preferred on the grounds that they accommodated considerably more seats per square foot.

All seats were to face the preacher, as far as possible, and the benches, ‘whether pewed or not’, should be set from east to west so that no part of the ‘congregation may turn their backs upon the altar’. If pew comforts were considered, then it should be remembered that ‘woollen linings and cushions are apt to harbour dust, damp, and vermin’.

(Text taken from 'Free Seats for All' by Gill Hedley)